If you don't think sound is a major (major!) component to horror games, then you shouldn't (should not!) be making horror games. But thank our lucky stars, The Creative Assembly knows. And they're putting that knowledge into Alien: Isolation. Authenticity is their drive, and access to the original audio recordings from the 1979 movie is a big contributor to that chase.

Alien: Isolation will be making people pee their pants on PlayStation 4, Xbox One, PC, PlayStation 3, and Xbox 360 on October 7. 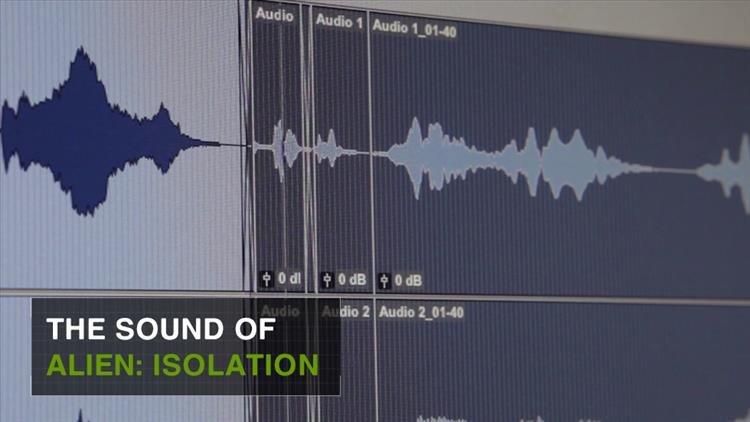 By pressing the button below, you are certifying that you are 18 years old or older and you are of age to view the content.
'Sounds of Alien: Isolation' trailer available now

Sound is a crucial component of any horror series and Alien: Isolation™ is no exception. In the latest trailer, available to download now, the team behind the game at Creative Assembly discusses how careful it has been to remain true to the incredible audio composition of the 1979 movie. With access to countless original audio recordings and the musical score, Alien: Isolation features a soundtrack which creates an emotional reaction from the player, escalating tension and driving fear.

Alien: Isolation is a first-person survival horror game capturing the fear and tension evoked by Ridley Scott’s 1979 classic film. Players find themselves in an atmosphere of constant dread and mortal danger as an unpredictable, ruthless Xenomorph is stalking and killing deep in the shadows. Underpowered and underprepared, you must scavenge resources, improvise solutions and use your wits, not just to succeed in your mission, but to simply stay alive.