The fourth and final (and free) comic in the EVE: True Stories series is now available, courtesy of Dark Horse Comics and EVE Online developer CCP. EVE: True Stories #4 wraps up the true-to-gamelife events of a single man that dismantled Band of Brothers, one of the most renown player-run corporations of EVE Online's ten-year history.

I've read the entire four-comic mini series and I can barely figure out what happened. I don't know if that's because of the convoluted storytelling, because there's a different artist every comic, or—more likely—because I'm a simpleton that can't follow the little bouncing ball. You should have more luck than me. And, regardless of my graphic-novel-comprehension handicap, the fact that this comic series exists is a wonderful experiment in the crossing over of video games and comic books. I'm excited it even came to fruition. I just can't recommend it to anyone that doesn't already have a subscription to EVE Online. 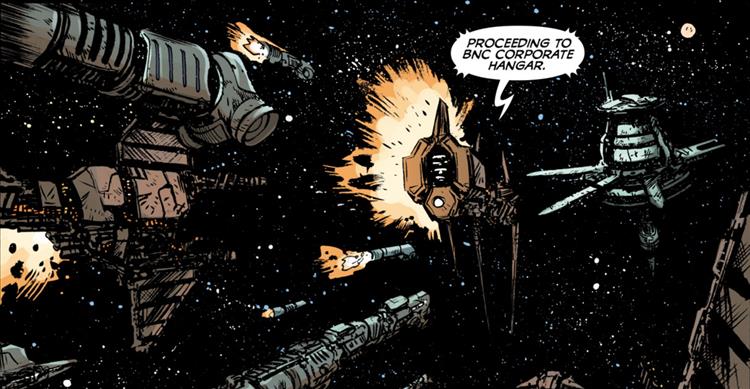