So remember last week in my Nintendo Download post I had a theory that Super Mario Bros. 3 would hit the Virtual Console around the time that NES Remix 2 came out?  Boy did I call that one...well, close enough.  According to Nintendo's website, Super Mario Bros. 3 will hit the Wii U's Virtual Console on April 17th...eight days before the launch of NES Remix 2.  Granted the website only shows a Wii U VC launch, but hopefully we'll get it on the 3DS at some point as well.  If you know me, you know I can't get enough SMB3. 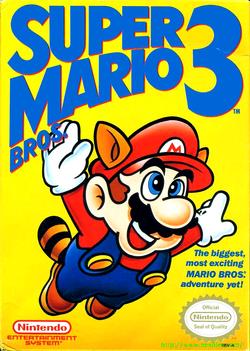