Carbine Studios' has announced that their upcoming sci-fi MMO WildStar is now available for pre-order.  Those who pre-order the game will get early access to several closed and open beta events and will get some exclusive in-game items and perks such as early game access starting on May 31st, an exclusive Rocket House, a ten slot storage bag, and more.  Pre-ordering is now live and can be done at www.wildstar-online.com/en/preorder and via various retailers such as GameStop and Amazon. 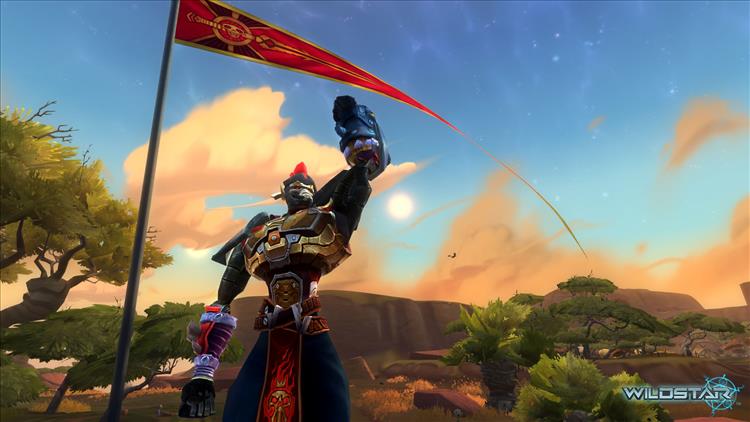 WHAT:                 Pre-orders are now live for Carbine Studios’ highly anticipated MMO WildStar. Unlike anything currently available, WildStar engages players with a beautiful and distinctive animation style, robust housing customization, and high-action combat that truly tests players’ skill with its combination of movement, aiming and telegraphs. In addition, the game’s personality is distinct in its own right; humorous but laced with a mysterious undercurrent that implies there is more happening on planet Nexus than meets the eye. WildStar’s innovative Path system rewards players for their individual style of play, , while providing an unprecedented level of exploration and discovery within the world.

Players who pre-order have early access to several closed and open beta events and will receive a variety of exclusive in-game items and perks, including:

Two versions of the game will be available at launch, standard and digital deluxe. More information can be found in the pre-order link below. WildStar will officially launch worldwide on Tuesday, June 3, 2014.

WHERE:               Pre-order details can be found at www.wildstar-online.com/en/preorder or through select third party retailers such as GameStop, Amazon and Best Buy.

WHO:                   Carbine Studios is a software development company focused on making high-quality, conceptually innovative Massively Multiplayer Online games. Located in Aliso Viejo, Calif., Carbine was founded in 2005 as a division of NCSoft Corporation by a dedicated team of game industry veterans of watershed franchises such as World of Warcraft, EverQuest, Diablo II and Fallout. The studio is currently hard at work on their sci-fi themed MMORPG, WildStar. For more information on Carbine Studios, please visit www.carbinestudios.com. To learn more about WildStar, check out the website at www.wildstar-online.com.