Last year Borderlands 2 fans were treated to some new skins and an SMG around St. Patrick's Day from the Zaford Clan.  This year they've decided to once again take some time out of their busy schedule (which consists of drinking and then killing some Hodunks) to provide the skins and Chulainn SMG once again.

If you didn't get these items last year, here's another chance to snag them, plus you can also snag a new skin for Krieg, even if you redeemed the code last year.  The Chulainn SMG is a blue rarity Maliwan SMG with Slag and Shock elements and will be at the level of the first character you load up after entering the code, so don't do something crazy like load up a new level 1 character after entering the code...well, unless you have yet to play the game that is.  Of course with a new character you could just mow down anything in your path I suppose.  Keep in mind that these codes will only be active for a limited time.

The codes are as follows: 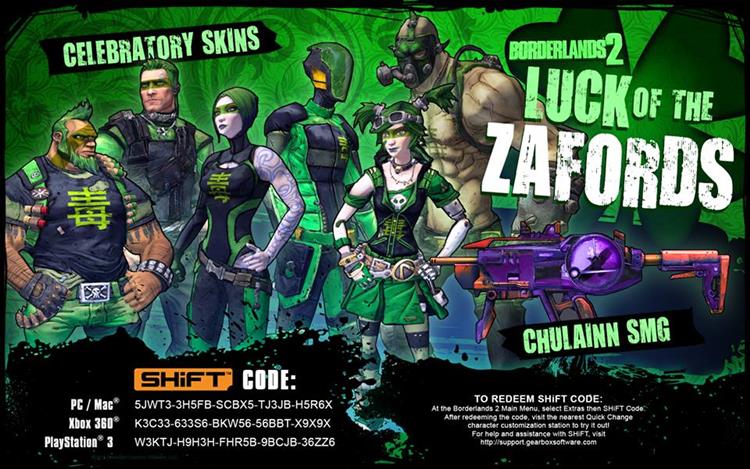