PlayStation 4 sales continue to be hot as Sony has reported that they have now sold 6 million units worldwide.  Given that they've moved that many units in four months is a pretty impressive feat and it shows how well Sony has been able to get early adopters to come out in droves for the system.  For those keeping track at home this number dwarfs the 4 million Xbox One units that Microsoft has moved worldwide.

The other impressive bit is that PS4 software sales have sold 13.7 million units giving the system a semi-respectable software attach rate of 2.28.  It doesn't say if that includes games that you get for free with a PlayStation Plus subscription but those are still decent numbers for a launch system.

Things will continue to get better for PS4 owners as Infamous: Second Son will be available later this month. 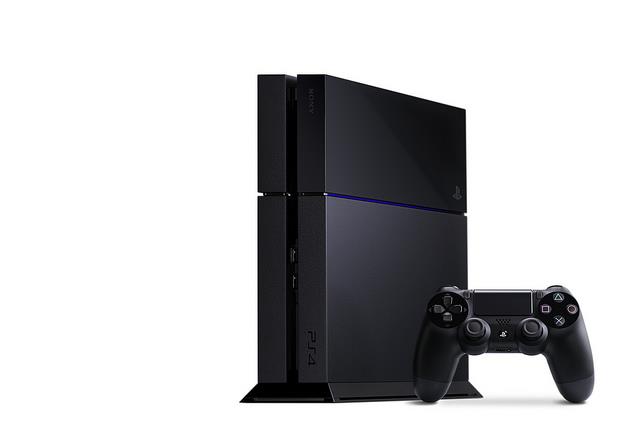 TOKYO, March 4, 2014 /PRNewswire/ -- Sony Computer Entertainment Inc. (SCE) today announced that the PlayStation®4 (PS4™) computer entertainment system has cumulatively sold through more than 6.0 million units*1 globally as of March 2, 2014 (JST). This also includes the 370,000 units sold through in Japan since its launch on February 22.

Many users have been taking advantage of the features and benefits of the PlayStation®Plus (PS Plus) membership service since the PS4 launch. In addition to existing members, more than half of PS4 owners are enjoying the benefits of PS Plus, demonstrating the explosive growth of the membership service. Subscribers have access to a wide variety of features such as exclusive game discounts, cloud game saves and "Instant Game Collection," which allows members to play full versions of popular titles from third party developers and publishers, as well as from SCE WWS, at no extra cost. PS4 owners have also been enjoying services such as online multiplayer and automatic patch downloads and installations.

Furthermore, users are also engaging with the world of PlayStation® through PlayStation®App, which has been installed more than 3.6 million times as of March 2. PlayStation App can be downloaded onto iPhones or Android OS smartphones and tablets, allowing users to purchase content over PlayStation Store and exchange messages with friends via PSNSM.

Gamers continue to take advantage of the PS4 system's deep social features to share experiences with friends around the world. More than 100 million shares*4 have been captured via the "SHARE" button on the Wireless Controller (DUALSHOCK®4) and more than 3.6 million gameplay broadcasts*5 have been streamed from PS4 systems via video streaming platforms, Twitch and Ustream. The gameplay broadcasts generated more than 56 million spectate sessions*6. PS4 owners are connecting with millions of gamers around the globe, and are not only enjoying conventional gameplay, but are also immersing themselves in more dynamic, interactive entertainment experiences only possible on PlayStation.

"I am absolutely delighted that PS4 is off to such a great start in Japan," said Andrew House, President and Group CEO of Sony Computer Entertainment Inc. "The responses we have received for the PS4 system's integrated social capabilities have been phenomenal, and I couldn't be more thrilled that gamers are utilizing these unique features to engage, share, play and connect with users around the world. SCE will continue to expand the world of PlayStation by growing its library of breakthrough games and bringing more innovative features and services only possible on PS4."

The PS4 system is currently available in 57 countries worldwide.

"PlayStation" and "DUALSHOCK" are registered trademarks of Sony Computer Entertainment Inc.. "PS4" and "PSN" is a trademark of the same company.
All other trademarks are property of their respective owners.