What's known as the Battle of B-R took place in the B-R5RB star system. This conflict surpassed all previous EVE records for estimated damages and destroyed capital ships. Capitals are EVE's largest class of ship; each one is about the size of Manhattan and requires hundreds of billions of credits and thousands of man-hours to build.

Over 70 capital Titan ships were downed; plus there are still untolled carrier and dreadnaught losses, all of which carry hefty price tags themselves. This further fails to include the dozens of even-smaller ship classes that fulfill crucial combat support roles in the field.

Why did this fight go down? Basically an autopayment didn't go through. But, even though this particular battle was triggered by accident, it was the apex of an ongoing war that has been waged since Halloween.

The alliances stacked on alliances in this conflict can get complicated, but here's a basic breakdown:

On one side of the conflict is Pandemic Legion – who failed to pay the bill – and N3 Coalition. On the opposing side is CFC and its Russian allies.

When Pandemic Legion failed to pay a maintenance bill, they lost ownership of B-R5RB. The opposing side noted this, flew in, and assumed control of Pandemic Legion's facility. From there, forces from both sides invested greater and greater numbers of war machines into the fight until it culminated in a record-breaking conflagration.

Note: $300,000 in real-world money wasn't actually lost during this battle. That's simply an exchange rate calculated using PLEX, a form of EVE currency that has both a real-world and an in-game exchange rate. It's complicated, but nobody's actually out $300,000 from a fight involving internet spaceships.

The video below is a snippet of yesterday's action. Keep in mind that for developer CCP's single, industrious server to handle the load of a 2,500-person conflict, CCP enacts "time dilation," slowing everything down to 10 percent of its normal speed. It turns the biggest battle in EVE history into a slow-motion ballet of destruction.

The image below the video is an ugly image, but it gets a certain point across. Seventy Titan casualties is wildly impressive, but Titans wouldn't last long without the thousands of smaller ships flying support roles around them. Each one of those orange and red squares is a player in a ship, filling a vital role on the battlefield. 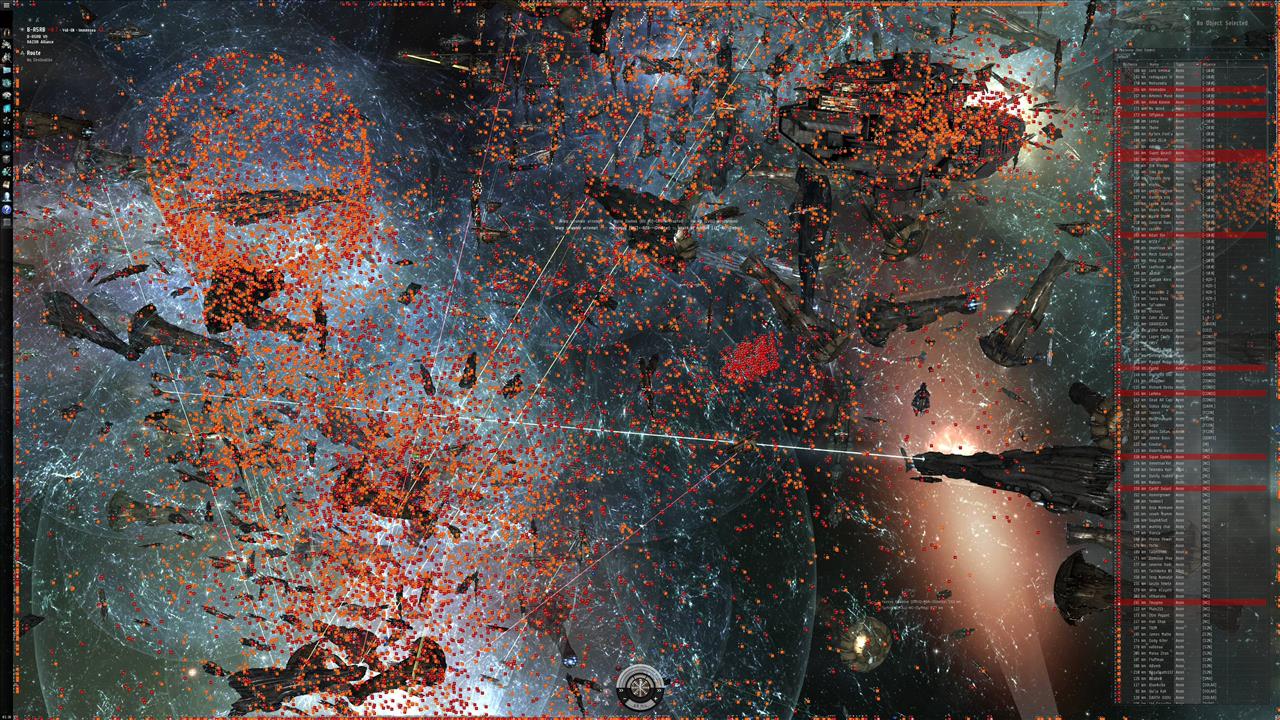