Consoles have had game branded controllers for a long time so it's no shock that Microsoft will be launching one that's branded with what will be their biggest game in the console's early life cycle.

Below is the shot of the Xbox One Titanfall controller. It's a wireless controller, of course, with color scheme and designs with help from Respawn Entertainment's art department. It's said to look like it was a "military spec hardware transported from the universe of Titanfall", which I would give it a maybe. To me, it seems like something you'd find coming out of a third party from a few years ago.

In any case, if you are all hot and bothered by Titanfall and want everything you can get branded with the game, an official Xbox One controller will be on the store shelves on March 11 in the US and March 13 in Europe. 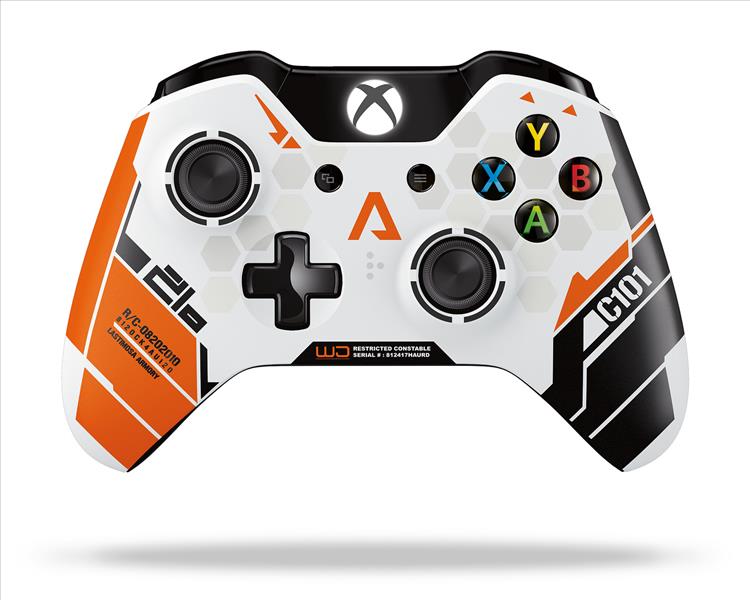