As Sean and I were rolling through Digital Experience tonight, we came across a booth for Pizza Hut. They were at the mini-tradeshow because of their e-commerce sites PizzaHut.com, their mobile app and of course their Xbox 360 app that launched in April 2013.

One of the things they were touting was that the Digital sales had surpassed $1 Billion dollars in 2013, and will continue to grow. One new method will be the release of the Xbox One Pizza Hut app coming at some point in 92014. The Pizza Hut folks couldn’t give me a commit date, other than it was going through the Microsoft certification process, so we will probably see it sooner than later.

Below is a fuzzy shot (lighting stunk) of the app on the XbO display, and it looks much like you would expect. 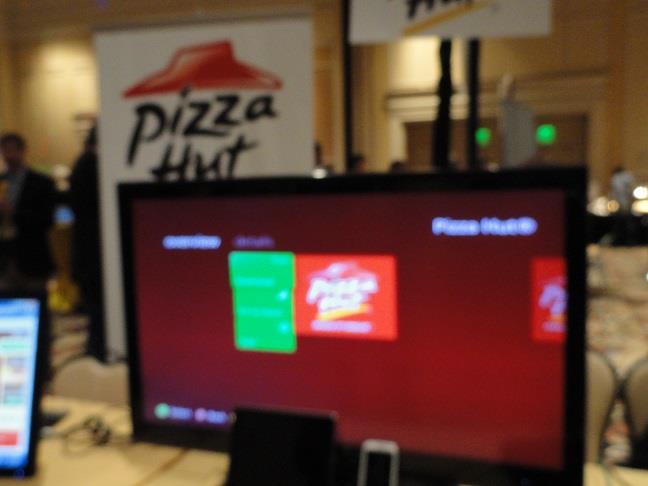