Three hundred prototype Steam Boxes went out to 300 lucky people last week. Watch your backs, lucky people. The rest of us will have to beg, borrow, and steal anywhere between $500 (iBuyPower) and $1500 (Digital Storm) to get one, depending on the manufacturer.

Russell Archey
Thanks to a co-worker taking my Saturday shift so I can actually get some sleep before going in incredibly early for my Sunday shift (gotta love working retail during the holidays), I can actually do some gaming this weekend. I'll likely continue my trek through Klonoa on the Wii for my Let's Play on YouTube. I'm also hoping to begin getting footage for a future video review of Jet Force Gemini on the N64 that I would like to do. Kind of an underrated game in my opinion and I haven't played it in years, so we'll see if it still holds up.

Sean Cahill
I'm still pretty entrenched into the World of Tanks beta on Xbox 360, so that will be the primary focus. I'm going to be picking a few games up on the Steam sale, though not entirely sure just what yet.

Sean Colleli
Russel, I'd have to agree, Jet force Gemini is an unsung classic. I was really hoping Rare would commission 4J studios to do an HD remake like they did for Banjo Kazooie and Perfect Dark, but I guess Microsoft decided Rare would be more profitable making Absolutely Nothing At All: The Video Game. I'm going to be playing Desperately Try to Not Spend Hundreds of Dollars on the Steam Holiday Sale, AKA the backlog of Far Cry 3, The Walking Dead. And maybe some more Darkout for my review. I've also gotten strangely re-addicted to Mario 64 DS on my 3DS XL; that big screen and analog stick can do wonders for old DS games, and it just so happens my biggest backlog (and single-platform collection) is on the DS. Ah, the indiscretion of my college days, when I had my first real job and bought a new DS game every other week.

Travis Huinker
This weekend I'll be working on my reviews in progress with Ring Runner: Flight of the Sages and Rescue: Everyday Heroes. I'm also planning to sit down and play through the entirety of the first episode in The Walking Dead - Season Two from Telltale Games. I'm excited to bring forward my saved game from the first season and continue the journey of Clementine in the zombie-infested world. Speaking of zombies, I can finally sit down and play the standalone version of DayZ that was recently released through Steam's Early Access program.

Charles Husemann
This weekend I'll be playing a new indie title called Present Wrapping 2014. It's a game where you have to wrap all of the stuff you had Amazon ship your parents for the holidays in the shortest amount of time while trying to avoid papercut and two dogs who want to be involved in the process. At the end I'll probably enable the cheat mode by just putting everything into gift bags. Outside of that I'm debating if I want to finally play through The Walking Dead games before the holiday and hopefully wrap up Contrast and Killzone: Shadow Fall.

Randy Kalista
Broken Sword 5: The Serpent's Curse is a thorough point-and-click adventure. Lots to point at, lots to click on. Also, I'm conferring with the chief financial officer (my wife) about securing funds for Assassin's Creed IV: Black Flag. After just one day's rental, I'm convinced -- for me -- that it might just be this year's Skyrim, this year's Red Dead Redemption, this year's Mass Effect: that rare bird with enough rich replayability to find a permanent home in my sparse library.

Matt Mirkovich
Uh oh, big content patch for Final Fantasy XIV: A Realm Reborn, and I get to change my character's hair now whenever I want?! Oh Square Enix, you guys are just too good to me. Ys: Memories of Celceta is coming along nicely, and might just be my second-favorite Vita game this year, behind Dragon's Crown. Although I did get to play the Tearaway demo and score a copy on the cheap from Amazon, so it looks like there's going to be a fight. 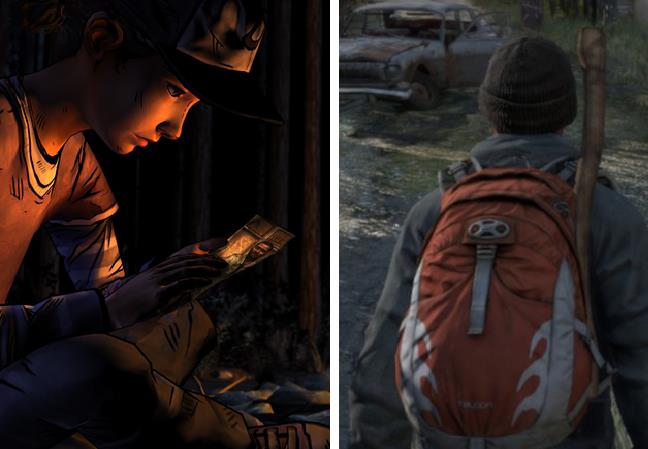