Happy Friday the 13th, everyone. Some of us are marinating in that late-Q4 launch blitz time. There's a few minutes here and there to spend with our favorite titles rather than diving headlong into each week's Big New Games. Of course, there's no rest for the wicked, so much of our staff is still cracking right along on their review schedules.

Russell Archey
I've been continuing the process of playing games I've bought eons ago and never even opened by starting up Klonoa for the Wii. I never played either game on the PlayStation but picked up the Wii version when it was on sale a while back at work after hearing good things about the original. I've begun a blind Let's Play over on my YouTube channel for anyone who wants to see me blindly go through the game, and thankfully so far it's turning out to be a better Let's Play than a random RPG that I have no experience with where half of my first six videos are story and tutorials.

Sean Colleli
I recently located the holy grail of Wii collector's items, Xenoblade Chronicles, and purchased it online. If it arrives sometime today, over the weekend I'll be getting lost in one of the biggest, deepest RPGs of the last console generation. I'm just glad I didn't pay GameStop's ridiculously inflated used price over the summer -- at the time they wanted $90 for this game.

Charles Husemann
This weekend I'll be getting in some more Battlefield 4 on the Xbox One as things seem to be a bit more stable now. The PC version is a lot of fun but I'm kind of digging some of the features of the Xbox One version. I'm not sure that anyone who isn't single and living by themselves will be able to use the voice commands but it is kind of fun to yell, "I need ammo!" at the TV and have the game recognize it. It doesn't save you much time from pulling up the communication rose but it is a lot of fun. I'm also going to try and get in some time with the multiplayer portion of Ryse in so I can finish my review.

Randy Kalista
I rolled credits on Deadfall Adventures. Not the best use of the ol' Lost World genre, but not the worst either. I at least didn't mind as it lifted quotes from Portal (“For science!”) and Indiana Jones (“It belongs in a museum”) and Terminator 2 (“Come with me if you want to live”). Broken Sword 5: The Serpent's Curse is now up to bat -- another series that draws heavily on the Hey, These Ancients Built Some Neat Stuff! field of study. And, I ain't gonna lie, Xbox's Free Games with Gold program is starting to pay off. I'm getting a kick out of playing both Gears of War and Iron Brigade for the first time.

Dan Keener
This weekend I will be finishing up with Zoo Tycoon on the Xbox One, wrapping up my review of the Jazz Audio 2.1 Table Top surround system and getting in some more quality time with Skyrim.

Jeff Kintner
Between trying to get my holiday shopping done before the 24th, I'll be playing The Raven for my next review. If I have the time, I'll be going back to Telltale's The Walking Dead and also taking notes for when the second episode of The Wolf Among Us comes out sometime next year.

Matt Mirkovich
Disgaea D2 has completely taken over my PS3/life. Please send help. After completing my first playthrough and getting a bad ending, I'm onto round 2 with a lot of trips to the Item World and the Cave of Ordeals. Whenever I'm looking for something else to play, Ys: Memories of Celceta is filling the void nicely. I'll be doing a review on that shortly. Also this weekend will probably have a trip to Round 1 for more Beatmania IIDX: Spada -- because me and music games -- and a few casual matches of Super Street Fighter 4: Arcade Edition.

Sam Stewart
Inspired by a friend of mine, I started up Zelda II: The Adventure of Link on my 3DS with the intention of finally beating it. As one of the four Zelda games I haven't beaten it feels good to finally make good progress in the game (which is still tough as nails). I'm using a lot of save states which can feel cheap at times, but I don't think I would ever finish it without them. Other than that I'll probably be taking part in Dota 2's Frostivus events. There's a new character coming as well as all new holiday events. Oh yeah, plus all character costumes are on sale, so I'll be bankrupt in the coming weeks. Oh well! 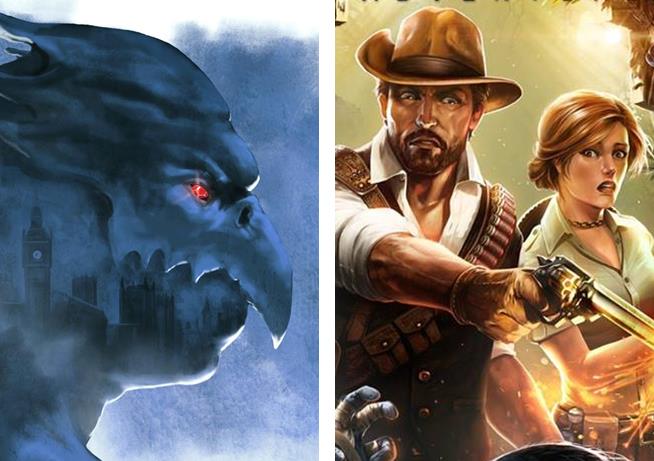