Xbox One backwards compatibility rumor may brick your console

Looks like Twitter is blowing up this afternoon with the rumor that there is a way to make your shiny new Xbox One play that vast library of Xbox 360 games you may own. Well, multiple folks are debunking the rumor including Microsoft’s Larry Hryb. It appears to have started with the screen grab below of this so-called "guide" with directions to supposedly unlock the ability to play those Xbox 360 games.

Unfortunately those that follow the below steps (which look more like unlocking a SEGA cheat code form the Genesys) will more than likely brick their new Xbox One. So be warned and do not fall for this prank/scam or whatever it is. 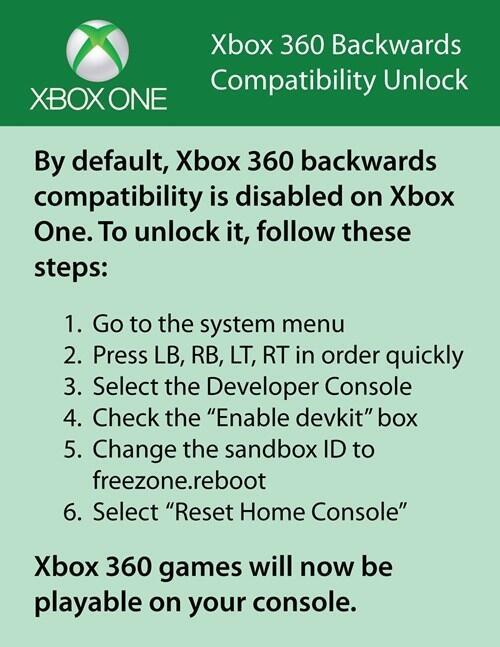