Microsoft and McDonalds giving away 14,000 Xbox One’s this holiday

If you didn’t score an Xbox One during the launch window or when they have been in stock at Amazon earlier this week, then you still have an opportunity to grab one. It looks like Microsoft scored a big coup this holiday season, as they will be partnering with McDonalds to give away 14,000 Xbox One’s with Forza Motorsport 5 consoles. The game design is similar to McDoanld’s Monopoly, as you can pick up game pieces attached to Quarter Pounder Burger, Quarter Pounder Classic (excludes Double Quarter Pounder® with Cheese), Premium McWrap Grilled or Crispy or Medium Fries. Once you peel off the code, you can enter it at the official One Hot Holiday game site. You can pick up your game pieces through December 23rd or until they run out. 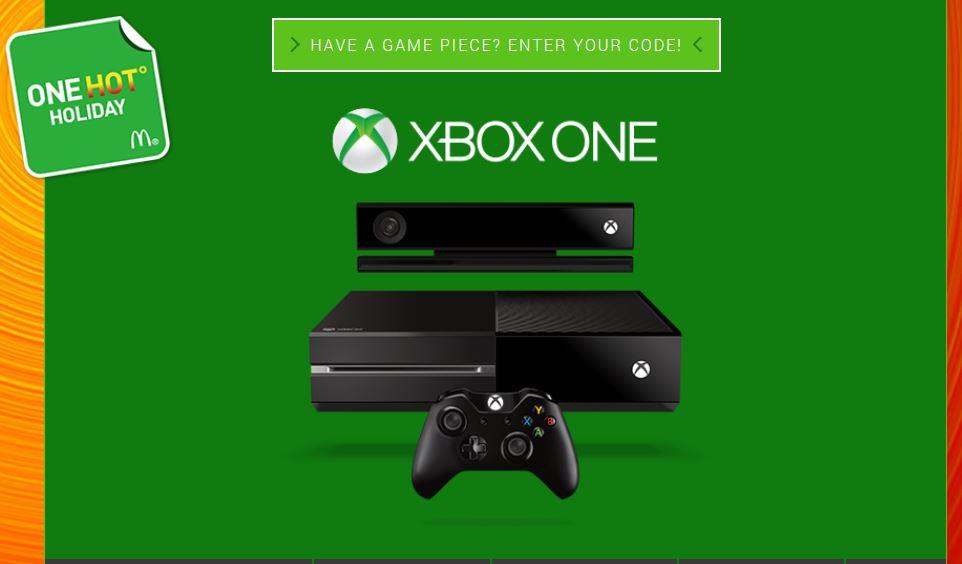 The prizes include Xbox One’s with Forza Motorsport 5, 1-month Xbox Live with Xbox Music Passes, 1-month Xbox Live passes, The Maw game download for Xbox 360, Ms. Splosion Man Xbox 360 download, Aqua Xbox 360 download, The Wolverine HD movie on Xbox Video or download an Episode from a Fox series (Bones, Enlisted or Raising Hope). There are some good prizes in there, but you wonder why they are giving away Xbox 360 downloads when this is a promo for the Xbox One. Regardless, it looks like it is almost a certainty (odds are 1 in 1 you win something) that you will pick up something, as there are over 134.5 million digital download prizes, and another 5 million combined Xbox Live/Xbox Music Pass 1-month memberships.  Any other details are neatly summed up in the FAQ for the contest.