My top 10 games of the last generation. #3 - Mortal Kombat

Mortal Kombat 2 was probably the game that started me on the path to becoming the gamer I am today. I still remember the first time I played it. I was taking swimming lessons at my local swimming pool which also happened to have an arcade. My dad and I went in and the first game I saw was the Mortal Kombat 2 arcade machine. I had no idea what I was doing while playing. I just kept mashing buttons but I didn’t care, I was having fun. At the end of the match, Jax ripped my arms off and my dad and I just stood there in awe of what we just witnessed. Oh and for anyone out there saying videogames cause violence, here is a very short story. After Jax ripped off my arms, my dad said “You know this isn’t real right son?” I responded “Of course dad, it’s just a videogame.” That was that.

When Mortal Kombat 2 came to the SNES, my dad and I were hooked. I still remember almost every night after dinner, my dad and I would play Mortal Kombat together for hours. The years went by and more Mortal Kombat games were released. I have fond memories playing Mortal Kombat 1,2 and 3 at FunSpot, the historic arcade about 45 minutes away from me. I was only 8 or 9 years old at the time and I was beating teenagers and adults at the game. They were memories I will always cherish.

After Ultimate Mortal Kombat 3, things really started to go downhill. Mortal Kombat decided to go for a 3D fighting engine and while I did enjoy the games, they just weren’t as good as the earlier 2D classics. I will say that I loved Mortal Kombat Deception and feel like it was the best 3D Mortal Kombat game released in that era. Mortal Kombat Armageddon was really where I started getting depressed playing these games. It didn’t feel like an improvement over the other game and it really felt rushed. Having every character ever in an MK game was nice, but the story was horrible and they replaced the famous Fatalities with the lame Kreate a Fatality feature.

A few years passed and the next generation of consoles was coming out at this time. Then, in true Ed Boon fashion, news, hints and riddles started to trickle out about the new MK. I heard tons of rumors but had no idea what to believe. Then it finally happened, a strange website that would go live at a certain time popped up and a link to a blurred out picture which all fans knew was Scorpion was revealed. I was so excited at this time. I stayed up waiting for the website to go live. When the site finally went live, I couldn’t believe what I saw.

My heart sank and I was legitimately pissed. This was NOT what Mortal Kombat fans were waiting for. MK vs. DC gets release and to no one’s surprise, it sucked. I mean, a Teen rated Mortal Kombat? Yeah, you knew that would never have been good.

Years passed once again before any news of a new Mortal Kombat came out. Then the trailer finally came out and I almost cried. Mortal Kombat was finally returning to its roots. It was going to be a 2D fighter with all the blood, gore and characters that we all knew and loved. The game was less than a year away and waiting for the newest Mortal Kombat was almost like waiting for the new Killer Instinct. This was the Mortal Kombat game I was waiting for since UMK3 came out in the 90’s. I felt like a kid waiting for Christmas. That had to the slowest a year has ever gone past in my life. The year past and the time finally came. A new Mortal Kombat was finally coming out. I got my $150 tournament edition home and started to play. I couldn't believe just how good this game was. You could tell a lot of time and care went into making sure the game was amazing and it's great how it's still played at big name tournaments like EVO. There was just so much to love about this game. An amazing roster, great fighting mechanics, an amazing story mode, the addicting challenge tower, tons of unlockables, and tons of Easter eggs that fans like myself loved discovering.

It's been a few years since Mortal Kombat was released and I still play every now and then but i'm starting to get that feeling again. I'm starting to anxiously await what the future will have in store for the next generation of Mortal Kombat. 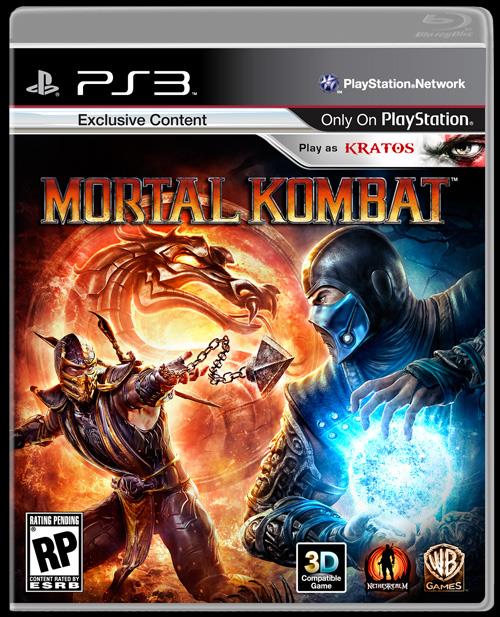