In addition to the convention in Reykjavik, Iceland, you can tack additional events to the "Party at the Top of the World." Experiencing Reykjavik nightlife with fellow EVE fans in a pub crawl costs another $60. For another $90, you party in the Blue Lagoon with a live DJ present, drinks, and fellow EVE fans and developers. There are more options. All told, you could spend upwards of $500 for the full monty.

That doesn't include the Spouse Ticket ($275), which diverts your significant other away from the convention center, and introduces them to legit touristy activities, like a 30-minute hike on the Solheimajokull glacier, a tour around the Hellisheidi geothermal power plant, and a 10-hour guided jeep tour to other sites around Iceland.

Hey, CCP understands not everyone's dying to talk inside baseball regarding ship fittings and player-owned space stations. That Spouse Ticket is kind of a cool setup.

Of course, Fanfest tickets can be purchased with PLEX, which is EVE Online's in-game currency. That's right: players can convert their space bucks into PLEX and play for the entire trip that way -- no actual dollars exchange hands, just the in-game currency they got from flying around in their internet spaceship, blowing up pirates, and mining video game asteroids.

As the CCP family of games grows, it's worth mentioning that this isn't just for EVE Online fans, but for DUST 514 players, and for anyone hyped about upcoming EVE: Valkyrie info.

Here's the gateway site with all the info. 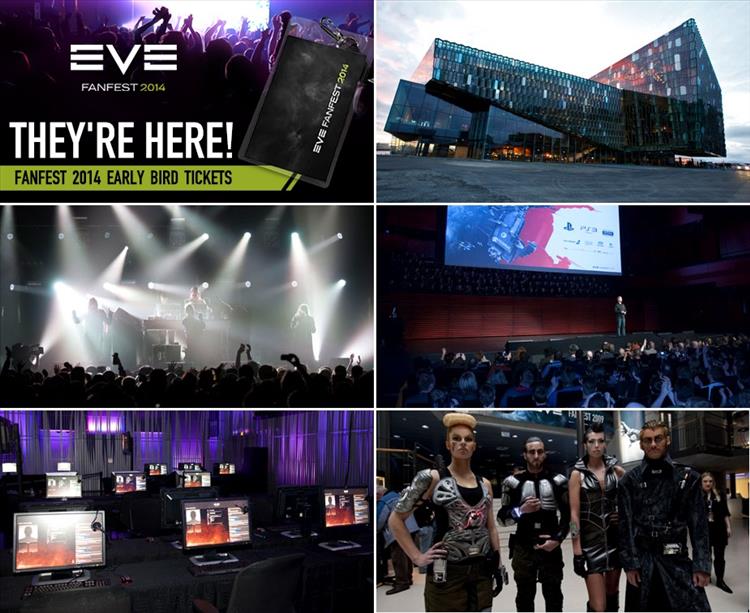