Rockstar will be streaming the festivities live today from now until 4PM on their Twitch.TV and they may drop into your game and put you on their special event camera. Look for their gamertags on both Xbox Live and PSN as PlayRockstar, PlayRockstar1 and PlayRockstar2.

They will also be holding a sweepstakes this weekend where you can win some real loot. Ten Social Club members will win a GTA V Prize Pack with official GTA V tees, stickers and more. Five lucky Social Club members will win the grand prize of a rare GTA V logo beach towel and Los Santos Lifeguard Tee. To enter the contest, check out their official Rockstar Newswire post.

Finally, In Free Roam, special event Crate Drops will be happening frequently and will include double RP, high powered weapons, bonus cash and clothing. If you go into the pause menu from GTA Online you can find the special playlist which will include the following. 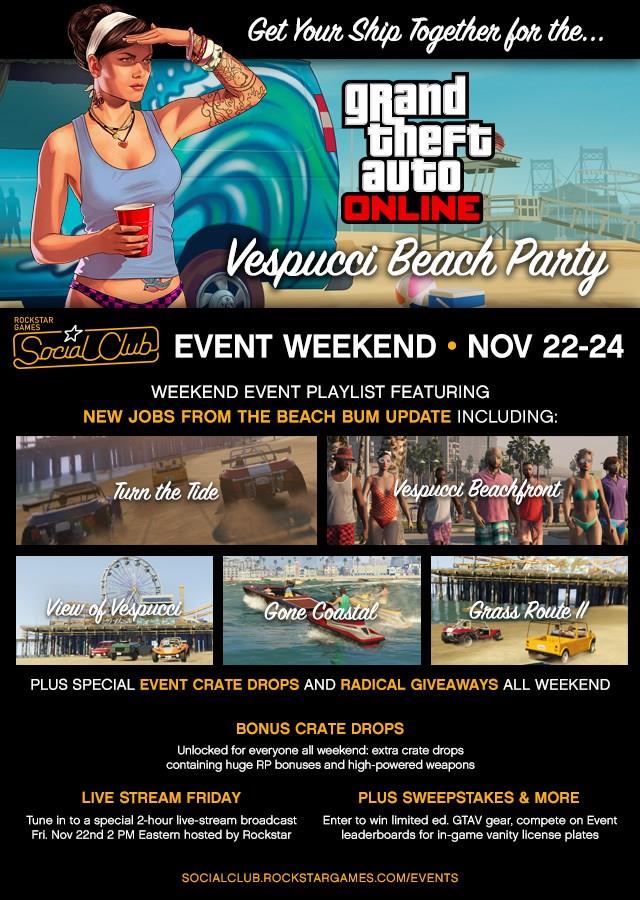