How many PlayStation 4's were sold on the day of launch? How about 1 million. After all the hype, pre-orders, and midnight launches with people lined up at stores, the PlayStation 4 has managed to sell a million units.

If you were curious, the PlayStation 3 sold 200,000 units in the first two weeks when it launched. So we're talking 5X the amount of consoles in 1/14th the time of last generation's release.

All told, a pretty strong start for the new Sony console and much better than the last. The last one did suffer from shortages, which this one doesn't seem to have as much, but there are still some launch problems such as dead consoles on arrival and the blue light of inconvenience, as one of my friend calls it.

If you're one of the many experiencing a blue light coming from your PS4, Sony has a forum post with details on what you can do to try and remedy it. It seems the reason for this could be any number of things, such as physical damage with the connectors in the HDMI or power connection as well as TV incompatibility. I'm one of the those that haven't ran into any issues with my launch day console from Amazon, but there are more than enough reports from those that have to illicit some concern.

Let's hope Sony can resolve this one quickly and painlessly. 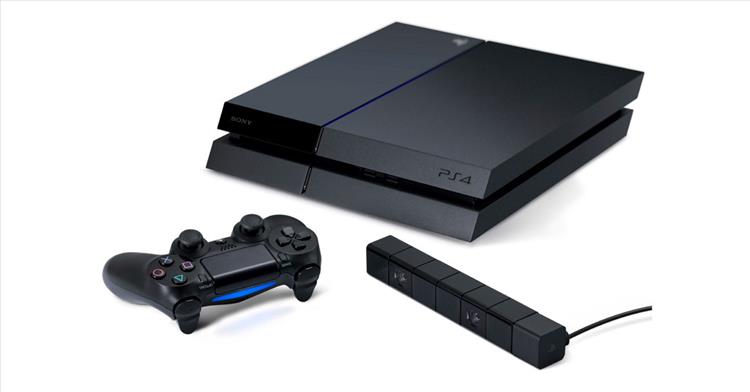 TOKYO, Nov. 17, 2013 /PRNewswire/ -- Sony Computer Entertainment Inc. (SCE) today announced that the highly anticipated launch of the PlayStation®4 (PS4™) computer entertainment system resulted in 1 million units sold through during the first 24 hours after it became available on November 15, 2013 in the United States and Canada.

"PS4™ was designed with an unwavering commitment to gamers, and we are thrilled that consumer reaction has been so phenomenal," said Andrew House, President and Group CEO, Sony Computer Entertainment, Inc. "Sales remain very strong in North America, and we expect continued enthusiasm as we launch the PlayStation 4 in Europe and Latin America on November 29. We are extremely grateful for the passion of PlayStation fans and thank them for their continued support."

About PlayStation 4
Built for gamers and inspired by developers, the PlayStation®4 system provides powerful graphics and speed, intelligent personalization and deeply integrated social capabilities. The PS4™ system comes with a DUALSHOCK®4 wireless controller that allows gamers to easily share videos of their favorite gameplay moments on Facebook, and images of their gameplay on Facebook or Twitter, with a single press of the controller's SHARE button. Gamers can also broadcast their gameplay in real-time through Ustream or Twitch, and friends can comment on the streamed gameplay. The PS4's launch lineup includes highly anticipated games such as Killzone™ Shadow Fall, Knack™, Assassin's Creed®IV Black Flag™, NBA® 2K14 and Call of Duty®: Ghosts. The PS4 system also offers access to entertainment options through a curated portfolio of digital entertainment apps, including Sony's own Music Unlimited and Video Unlimited, as well as Amazon Instant Video, Netflix, NBA Game Time and Hulu Plus, all available on PlayStation®Store.1