We're almost done with the Borderlands 2 $100,000 Ultimate Loot Hunt, and since gamers have done such a great job with killing things (boy that sounds wrong), Claptrap is giving us a bonus weekend.  As such, today's target is the Sorcerer's Daughter found in the Lair of Infinite Agony in Tiny Tina's Assault on Dragon Keep.  Killing the Sorc.'s Daughter will get you a Kerblaster which you can use to kill...anything!  That's right, you can kill anything to work towards the community goal of "10s of Millions", just as long as you use the Kerblaster and tomorrow's reward to do it. 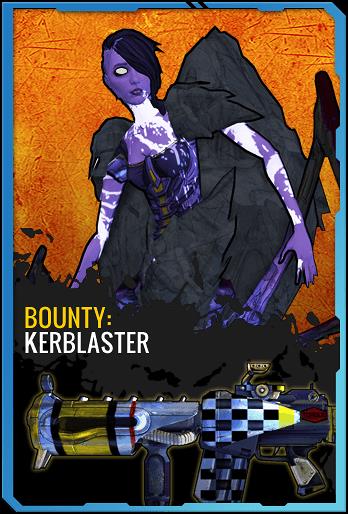