This week's final target for the Borderlands 2 Loot Hunt (remember that the weeks for this contest begin on Saturdays) is Rouge, a crystalisk found in Candlerakk's Crag in Sir Hammerlock's Big Game Hunt.  Taking down Rouge will net you the Baby Maker, and explosive SMG that I wouldn't mind having to replace my Hyperion SMG (I'm not too fond of Hyperion weaponry), but I don't own the DLC.  That also means I'll have to miss out on this week's Community Challenge reward, the Skullmasher, which can also be dropped by Rouge.  I don't know about anyone else, but I really hope next week is hosted by Tiny Tina.  After all, who better to host a week of fun of killing random creatures...sometimes by explosives? 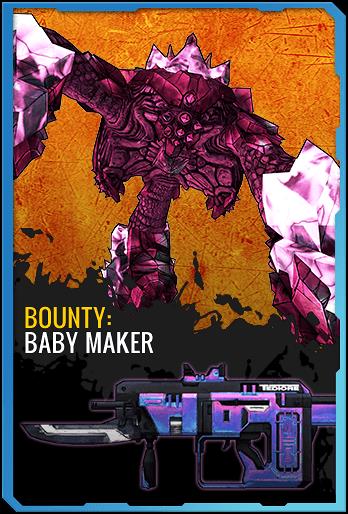