If you haven't got a Wii U yet, this may convince you to do so. I know I'm thinking about it now.

One thing to keep in mind is that this will replace the current Wii U Deluxe model that was originally packaged with Nintendo Land. Nintendo Land can now be purchased in stores or in the Nintendo eShop for $29.99.

This may be what finally gets me to buy a Wii U. I know it has great games on it and will have great games in the future, but I just haven't seen that one thing to get me to pick it up. Super Mario Bros U and Super Luigi U are two games that I am really interested in. I was never a fan of the "new" Super Mario games. The controls are terrible and I feel like i'm floating underwater the entire game. That all changed when I got to play NSMBU at Pax East this year. It actually feels like a new game and I really enjoyed it. The fact that I can get both of these games together with the Wii U is a very tempting offer. 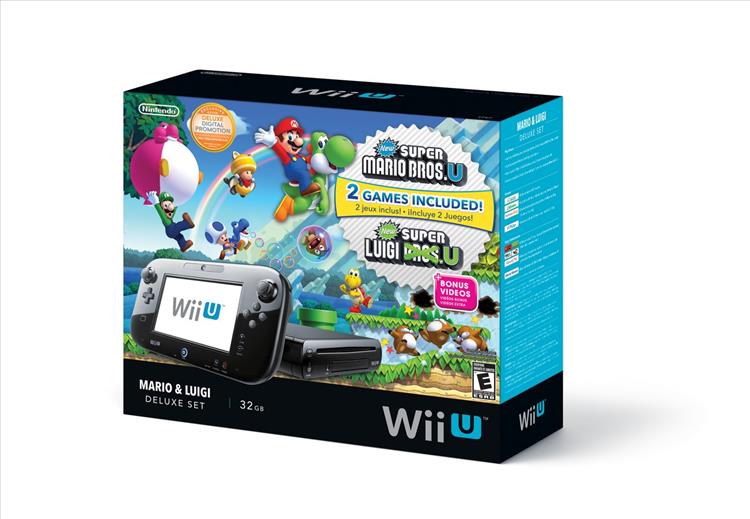