Today's Borderlands 2 Loot Hunt target takes us back to Hayter's Folly in the Captain Scarlet DLC.  Taking out Big Sleep will net you the Orphan Maker, so grab it and help take down 25,000 Cursed Pirates for today's Community Challenge.

It's also worth noting that taking down the targets isn't enough.  Apparently for the Loot Hunt site to register you killing the target, you MUST pick up the gun if it drops.  I've only had one or two instances where the target didn't drop the gun on the first attempt, and one of those two times I didn't have time to restart and try again.  When I checked the site much later, it never registered that I killed the target, so make sure to pick up the gun. 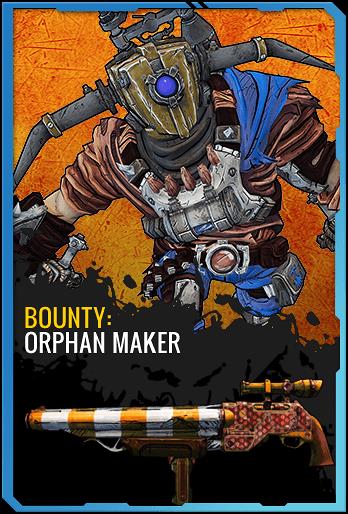