Telltale enters a golden age with The Wolf Among Us ep. 1 raking in universal praise (and with The Walking Dead season 2 news on the horizon). Tom Bitterman wants you to name your next child "Europa Universalis." And yeah sorry, folks that lost GTA Online character data: that data is gone for good. But as an apology, Rockstar made you half a million dollars richer for it. Make it rain!

I have two reviews on the horizon, one for FORCED for the PC and the other for Pokemon X and Y. I played the demo for FORCED and it looks promising. As for Pokemon X and Y, I can definitely say it's sparked my interest in Pokemon again, especially with how experience works among Pokemon who participated in battle. It makes leveling a lot less grindy.

I picked up Pokemon Y, so that will get a good amount of my attention this weekend.

Still cracking away at Sonic Lost World for my review. Stay tuned for what I think. Otherwise, not playing much. I tend to commit a lot of time to a specific game when I'm reviewing it.

I'll be taking a brief break from gaming this week as I switched over to the final version of Windows 8.1 on Thursday. After that, I have a list of some spooky-Halloween games to play including Dead Island: Riptide and Costume Quest. And of course, continue going on epic hunts with John in theHunter (review incoming).

All of the Mechs from Project Phoenix (http://mwomercs.com/phoenix) are available for MechWarrior Online this week, which means I've got 12 new mechs to play with (don't judge me). I'm still debating which class of Mech I'm going to crank on first, but I'm leaning towards either the ultra-light Locust or the monstrous BattleMaster.

I blew by Thursday's deadline, so I'm tapping away at Goodbye Deponia's final review as we speak. For a point-and-click adventure, its pacing whipcracks right along. Just need to put on my juvenile glasses when relating to the sense of humor. EVE Online, meanwhile, has me 30-some-odd jumps from my home system as I trek through the storyline, flying through rogue drone hives 10 kilometers across, and managing hostage situations with questionable levels of success.

I'm back in the Borderlands game thanks to the Loot Hunt Challenge going on in Borderlands 2. Then I've got Valhalla Knights 3 on the Vita, Pokemon X on the 3DS, and Grand Theft Auto V fighting for my attention, with Remember Me bringing up there rear. And then there's that pesky MMO, Final Fantasy XIV: A Realm Reborn, where my character is at the tail end of the story, but nearly a million experience points from reaching the current level cap.

As for what I'm playing this weekend, probably a lot of Pokemon Y and hopefully some Dota 2 if I get the chance. (Oh yeah, and Atomic Ninjas, don't worry I'm on it!)

With the end of the beta period for Battlefield 4, I'm going to look at starting Splinter Cell: Blacklist. I completely forgot I even got the game and it was pretty impressive looking when I saw it at E3. I also will be doing some runs with a few friends in Diablo III and probably going on a few more hunts with Travis Huinker in theHunter. 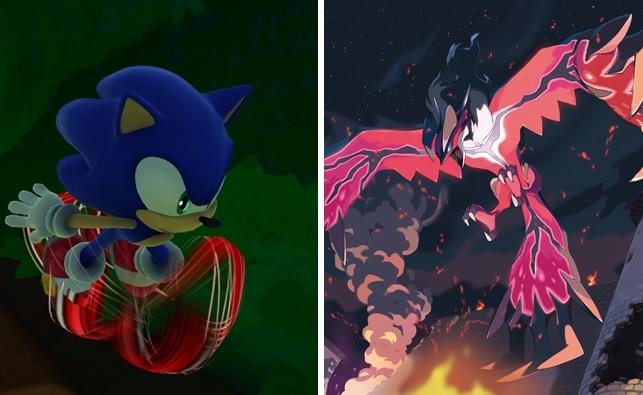