You know, I'm starting to see a pattern here with the Borderlands 2 $100,000 Loot Hunt: apparently the targets are in the order that you'll find them in the game.  Kind of makes me wonder if we'll eventually hit The Warrior and move onto the expansions.  Well, at least it'll finally get me to pick up the Season Pass.

Anyway, today's target is Captain Flynt found at the end of the Southern Shelf.  The weapon he drops is a pistol just called "Dog", and you can use that to help kill a total of 100,000 Badass Rakks as part of the community challenge.  I'm only at level 38 with my Siren and about halfway through True Vault Hunter Mode, so I'm kind of hoping to get a gun from this soon that can actually replace what I currently have.

UPDATE: The Community Challenge has been completed...and apparently I can't tell a shotgun from a pistol.  I swear the picture of the gun looked like a pistol, but apparently Ther Dog is a shotgun. 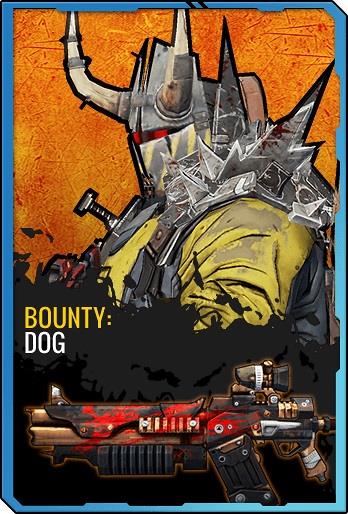