by: Nathan - posted: 9/10/2013 4:59:00 PM
More On: Grand Theft Auto V
I am assuming that a week from now, millions of gamers, myself included, will be locked away in the seclusion of their gaming sanctuaries enjoying Grand Theft Auto V. Can you believe that the first official trailer for the game was released in November 2011? Here we are, almost two years later and we are a week away from what could potentially be the biggest videogame launch in history.

Anyways, the official strategy guide for Grand Theft Auto V has been showing up early in some stores and because of that, the official map for the game has leaked online through Reddit. I will admit that when I first saw the map, I thought it looked a bit small because it seems that the actual city is a small portion of the rest of just filled with mountains. Seems like most of the internet was upset and disappointed as well. 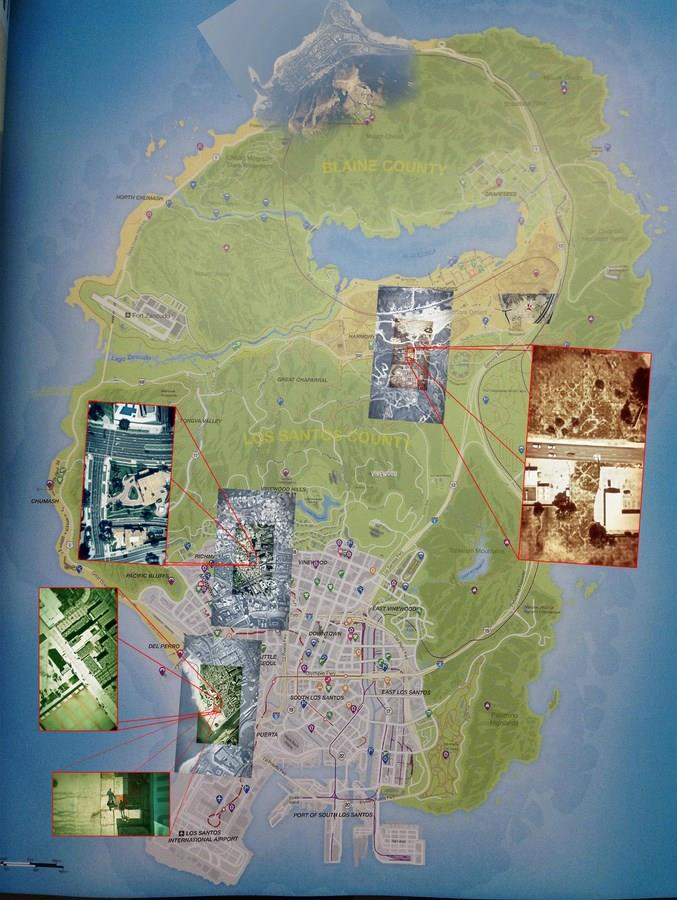