by: Nathan - posted: 9/4/2013 11:04:00 AM
More On: EA Sports UFC
History was made at UFC 157 when the first ever Women's match in UFC history took place and the ladies of the octagon are ready to do it again. EA Sports has announced that for the first time ever in a UFC game, female fighters will be playable characters in EA Sports UFC. Women's Bantamweight champion Ronda Rousey and top Bantamweight contender Miesha Tate will headline the division when the game launches next spring.

“This is a great moment for videogames and for Mixed Martial Arts,” said Dean Richards, General Manager, EA SPORTS UFC. “In our commitment to delivering the most realistic fighting experience ever achieved, we wanted to represent the full spectrum of talent and diversity of all the fighters in the sport, including women who have become an undeniable force to be reckoned with.”

Be sure to also check out the video below of Ronda Rousey talking to EA Sports about her upcoming match with Miesha Tate. 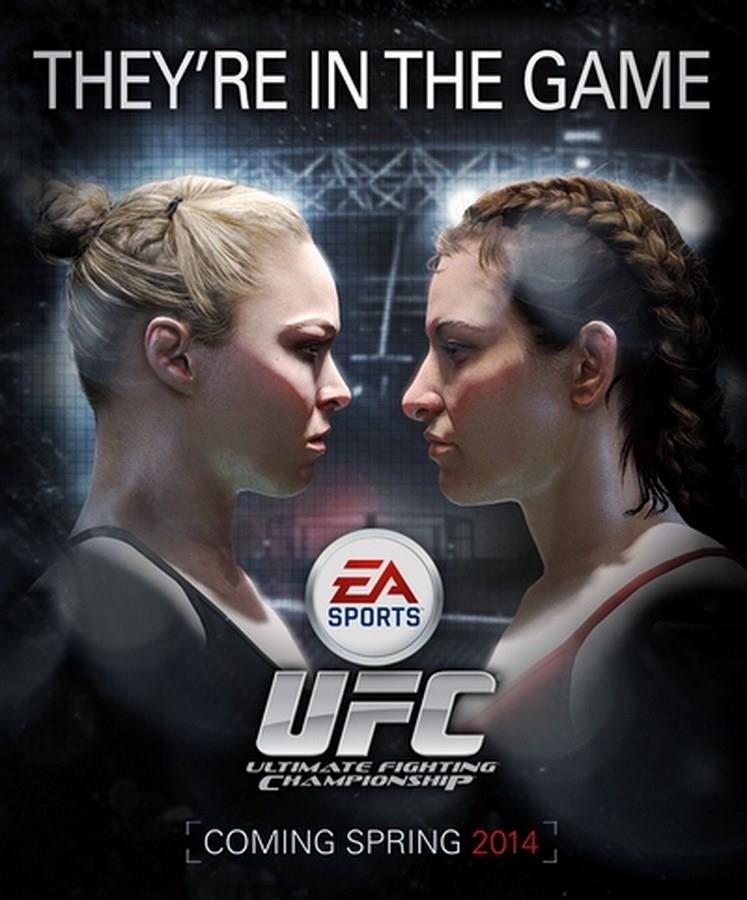