by: John - posted: 8/8/2013 5:57:00 AM
More On: Xbox One
OneHitPixel pointed out on Microsoft's Xbox One's page what we all probably knew was going to happen. Those cool features that Microsoft showed off for the Xbox One such as the TV integration, game recording capabilities, and Skyping to name a few? Yea, you'll have to be an Xbox Gold member to use those.

This shouldn't come as a surprise to folks by now as Microsoft loves to hide a lot of their more useful features behind a pay wall. Now, some folks might argue that because you are using Microsoft's Azure service for the game recording, you should pay for that. I agree. But, what if I don't want to save it to the cloud? What if I just want to upload to a service like YouTube or stream it through Twitch, which are all free to use? I don't want to have it go from the cloud to those services. I'd rather just go straight to them from my console. Well, you'll have to get a third party product such as a Hauppauge HD PVR 2 to do that adding a little more complexity to the situation. Oh, and if you are wondering. The PlayStation 4 won't make you pay to record or stream your gaming content.

The TV feature, which did look nice even though I don't agree with the implementation, is also only available for Gold members. Really? I know I'm in the minority here, but with a HD Homerun Prime, I can watch TV on my PlayStation 3 as well as all my Windows 7 computers, one of which is connected to my big screen TV. Microsoft wants to make this a hub for media in the home, yet they are charging for the TV listings and some sports fantasy integration? I already get those features for free in Windows Media Center. Yes, I can keep track of my fantasy sports player stats on there as well. No, it's not as detailed and won't show live scores between your opponents, but I don't think that's worth the extra money.

I know some people will say after you add it all up, it's not that much to pay. First, it's the principal of the matter. Microsoft's making you pay to access services which are either free or you are already paying for. Second, other consoles don't charge you to use many of the features that Microsoft hides behind the pay wall such as Netflix and YouTube.

These types of things are a reason I stopped paying for Xbox Live and moved back to playing on the PC and the PlayStation 3. But, like I said, we shouldn't be surprised that Microsoft is going this route. 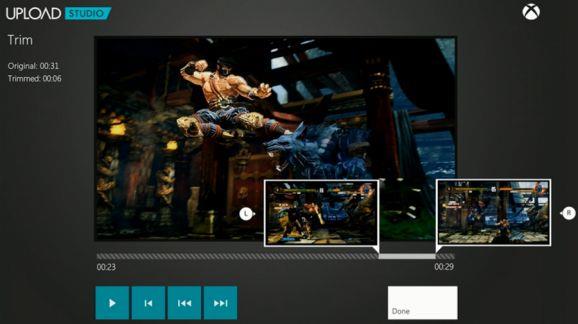