Buy a one year Xbox Live Membership and get "Killer Instinct: Round One" and an exclusive "Shadow Jago"

by: Nathan - posted: 7/29/2013 11:35:00 AM
More On: Xbox One Killer Instinct
We are getting closer to the release of Xbox One in November and the new Killer Instinct will be a launch title. It appears that there may be a deal for those who are looking to pick up both at launch.

Eventhubs.com brings us the news that if you buy a one year Xbox Live Membership for Xbox One you will get "Killer Instinct: Round One" and the exclusive "Shadow Jago Character". This news sounds great, but we don't know the full details yet so it's pretty confusing to me.

Do you have to specifically buy a one year membership for Xbox One?

What if you already have a yearly subscription?

What exactly is Killer Instinct "Round One"?

What is "Shadow Jago"?

If I had to guess, Killer Instinct: Round One sounds like it may be the first batch of characters available for the game. The new Killer Instinct will feature various subscription models when it's released. You can download it free, but you only get one character which is Jago. You can then buy the characters individually or go for the more traditional method and buy everything at once, which I am guessing/hoping is the "Round One" pack. When they are ready to release more characters, I'm assuming it will be called "Round Two". Finally, I am willing to bet money that the "Shadow Jago" is just an extra skin for the character. Lots of questions that need answers here, but I'm sure they will be answered within time.

Here are the full details below and a link to where you can pre-order one year Xbox Live memberships.

Make the most of Xbox One by adding a Day One Xbox Live Gold membership, and play Killer Instinct: Round One with the exclusive Shadow Jago character.

With Xbox Live Gold on Xbox One, experience unrivaled multiplayer gaming, premier entertainment, and Skype. Plus, anyone in your home can access Xbox Live Gold benefits on your Xbox One. 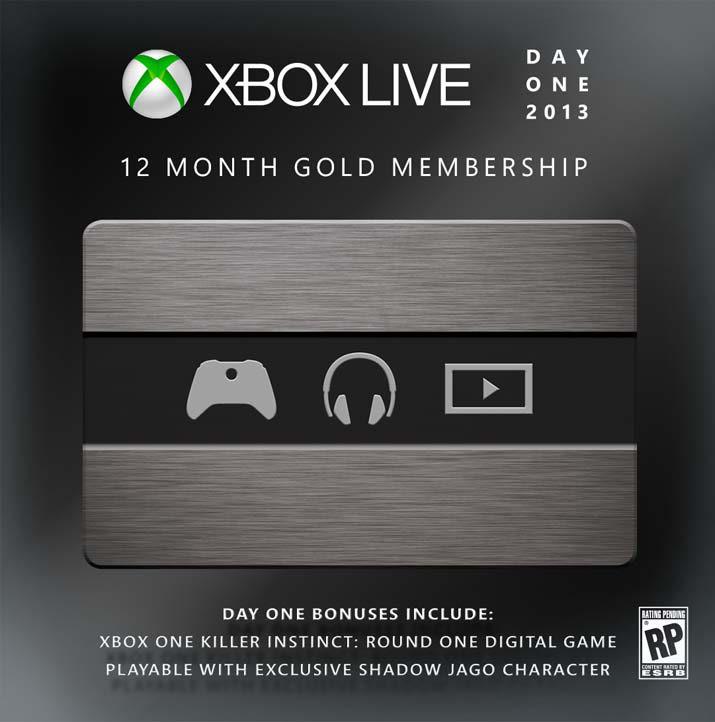