by: James - posted: 7/22/2013 9:47:00 AM
More On: Borderlands 2
2K and Gearbox have announced today that more DLC will be released for the award winning shooter RPG Borderlands 2 for all platforms starting this fall. More badass content is making its way to Pandora including a second level cap increase, more boss battles and all-new head and skin sets. Players can reek even more shoot-and-loot havoc with the Ultimate Vault Hunter Upgrade Pack 2: Digistruct Peak Challenge, which will raise the level cap from 61 to 72 for all six playable characters, available soon for $4.99 or 400 Microsoft Points.

In addition to this fresh new content, for the first time in Borderlands 2, new uniquely-themed boss fights with additional bonus content will be available for individual purpose starting in the fall as well and will continue on into the next year. Each pack will offer a new quest leading to the boss fight, and after the player succeeds, not only will loot drop from them, but also a unique new head and skin set for each character. Head and skin sets will also be available for $0.99 or 80 MP each to add to the already staggering customization possibilities.

It surely no surprise how much fans have been craving more content from the game, especially now that the Season Pass is complete with the release of Tiny Tina's Assault on Dragon Keep.

“Ever since the completion of the Season Pass," said Christoph Hartmann, "gamers have been clamoring for more Borderlands 2 content. Starting this fall, fans will get a surge of new content further expanding the world of Pandora; giving players more reasons to stay engaged in the action-packed world of Borderlands 2.”

I'm count myself as one of those people who certainly wouldn't mind some additional content for the opportunity to snag even more delicious loot, not to mention a new level cap sounds just as sweet. Although, I kind of hoped they would call it "Badass Vault Hunter Mode" if they did increase the level cap again, but oh well.

President of Gearbox Software, Randy Pitchford said “The development team at Gearbox Software is very proud of the content included in the Season Pass, but we want our fans to know we’re not finished with Pandora yet." 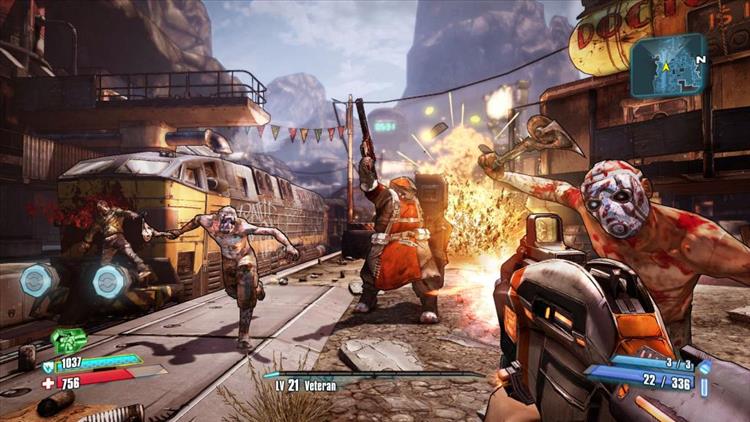