by: John - posted: 6/22/2013 8:39:00 AM
More On: Xbox One
One of the casualties in the about face of Microsoft’s stance with DRM on the Xbox One is the family sharing program. This was designed so that you could lend out your games to 10 of your friends, who have been on your friend’s list for at least 30 days. It sounded like a pretty cool feature to allow friends and family access to your library of games without having to go to their house or to borrow a disc. But this has been kiboshed for the time being.

Nothing about last week’s news changes the fact that you won’t be able to buy games both digitally and disc based so why couldn’t Microsoft have kept the family sharing for digitally purchased games?

As a programmer, I thought of a few scenarios of how this would work. And let’s preface this by saying this would only work for games purchased digitally via Xbox Marketplace. Any games that are disc based would have the sharing option grayed out on their games listing.


Time Based:
You decide to lend a copy of Forza 5 to your sister who lives in another state. After selecting her from your friend’s list, it links your copy on Microsoft’s servers to your sister’s Live account. She gets a notification when she’s online that she is able to download a copy of Forza 5 and has 15 days to play once it’s downloaded. She downloads the game and the Xbox One marks the game internally that there’s an expiration date of 15 days in the future. Now, she can play the game as much as she wants in that time span and she doesn’t have to be connected to the Internet to constantly ask if it’s OK to play. 15 days are up, the game disables itself. There could also be an option for you to renew her time based licensed for any number of times that Microsoft will allow.

Internet Check Based:
You mark a game of Killer Instinct and decide to lend it to your friend. Again, the Microsoft servers link the two licenses together via the Xbox Live accounts. Your friend gets a message when he goes online saying that Killer Instinct is now available for play because your generosity. You friend downloads it and anytime he starts the game, it would check to make sure he’s still on your approved list to play it. It would, of course, be generous in terms of the amount of time it would have to check for a license, say 10 days in case your friend didn’t have Internet connectivity at that time. Or we can even change it every few times your friend starts the game, it would make that check. And, if there’s an Internet connection anytime, it would just check for you in the background as you are playing at certain intervals. There could be many ways we could implement this type of check and not be intrusive or annoying.


There’s really no reason that Microsoft could not have done this for digitally purchased games. Of course, many of the answers that they had at E3 were that they didn’t have the details fully finalized yet for how some of these features worked. They just had the idea and wanted to do it.

Well here are two ideas that quickly came to my head that I think would allow this. Microsoft probably had to quickly make these decisions to react to Sony and perhaps the pre-sales figures that were coming into them. Now that the storm has settled, they can go back and re-think a few of their strategies and perhaps implement some of the great features they had planned without having to rely on the DRM scheme they initially thought of. Let’s hope they do. I really want to see the Xbox One succeed because competition between Microsoft, Sony, and Nintendo will breed innovation and that benefits us, the consumers, greatly when the companies are working hard to please the customer. 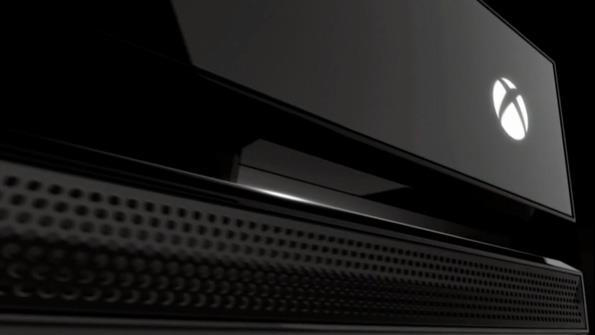