by: Mike - posted: 6/19/2013 1:23:00 PM
More On: E3 2013 Tiny Brains
The E3 show floor is a chaotic atmosphere, bustling with strangers and friends alike, waiting and hoping to see as much as they can. It's rare when a game grabs your attention long enough to warrant conversation with someone just as eager to see the next thing as you are. So when we sat down to play Spearhead Games' Tiny Brains, it came as a surprise to find that we, along with three other strangers, did just the opposite.

Set in a series of scientific experiements under controlled conditions, Tiny Brains is a puzzle game that places you in the position of test subjects instead of scientist. The test subjects, or rodents, all have unique powers resulting from previous experiments. Our rodent, a blue creature with no discernible natural derivation, has the ability to form ice blocks in front of it. The other test subjects have the respective abilities of pushing objects, pulling objects, or swapping themselves with the object in question.

Most of the experiments, or puzzles, task us, as a team of four, with getting from point A to point B however we can. Like any respectable puzzle game, the tests seem easy at first, but slowly escalate to test our growing understanding of our combined thinking.

The first few puzzles present us with a simple objective: move a fuse box into its appropriate switch, and the door to the next room will admit entry. As the blue rodent, there isn;t much I need to do here, as the solution is only a matter of pushing or puling –– or swapping with, if we're feeling creative –– the fuse in order to land it in the switch.

The next room, however, presents more of a challenge. A gap separates us, and the new fuse, from the switch and door. So, after a few moments of pandering between myself and my partners, I conjure an ice cube and stand on it, and my partner with the power of "push" shoots me across the gab, ice cube under my feet and all. I step on a switch, extend a bridge, and the rest of my team and the fuse are safely across.

These puzzles escalated to the point of difficulty where our group was yelling directions, suggestions and congratulations back and forth to such a level of volume that the rest of the E3 show floor dissipated into quiet nothingness. We were in our own world, concentrating only on the puzzles, challenges and satisfaction of completing each one.

These challenges deviate from the classic "get from here to there" appeal of the main campaign. A specific objective is called into play, such as keeping a giant ball from falling off a precarious series of glass panes, or completing a puzzle as fast as we can. While the main campaign allowed us to take our time and learn our abilities, these challenges required mastery is we hoped to score higher than the previous E3 groups.

Tiny Brains accomplished something difficult: it made me forget I was at E3, the biggest video game convention of the year, surrounded by tens of thousands of writers, developers, publicists and fans. It made me focus on my small group of four people, and how to solve each new situation. When Tiny Brains releases on Xbox 360, Playstation 3 and Playstation 4 this fall, I can't wait to see how it will play in a quiet room. 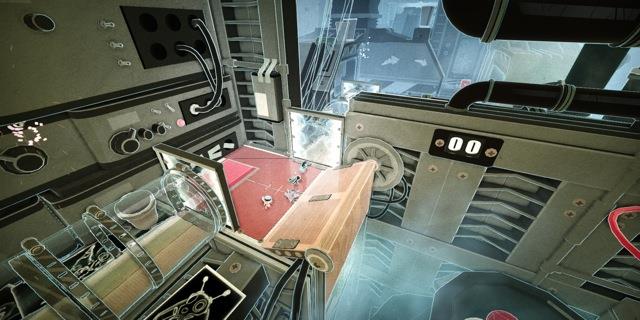