A new firmware update for the PS3 was released today and there have been numerous reports on Sony's official forums from users whose PS3's are now bricked.

Downloading the update appears to cause the PS3 to stay on the floating ribbon screen forever after rebooting.

After reading the forums, It appears that the update might have something to do with upgraded hard drives. Users who still have their original hard drives from when they got the system (myself included) had no problems downloading the update.

I downloaded the update before hearing about this but if you do decide to update, you have been warned. Update at your own risk. 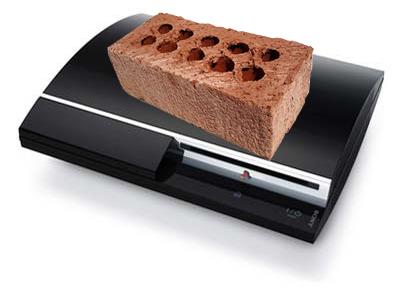