by: Matt - posted: 6/18/2013 9:21:00 PM
More On: E3 2013 Super Mario 3D World
A new Mario game is always the cause for some sort of celebration. Even if we're getting to the point that these Mario titles are becoming annual affairs. At least this year they're switching things up a bit, taking the Super Mario 3D Land gameplay and bringing it to a big screen console with Super Mario 3D World. I got my hands on one of the levels, and can attest that if you were a fan of Super Mario 3D Land, then you're going to love this one.

So what's new in Super Mario 3D World? Well we've got the inclusion of a specific character who's been missing from the active roster for over twenty years. I'm talking about Princess Peach, she's finally playable again in a mainline Mario title! There's also the new 'Cat suit' that allows for speedy movement and pounce-like attacks, which actually kind of gave off a Sonic Adventure vibe. There are also some slight gameplay additions in the form of clear pipes, which allowed the development team to put hazards inside pipes beyond the standard pirahna plant. It's also possible to steer while inside the pipes which makes for some interesting mazes in the early going.

The platforming gameplay isn't all that different from Super Mario 3D Land or even Super Mario Galaxy, which isn't necessarily a bad thing, but it just goes along with what I said about Mario Kart 8. It feels like it's a 'safe' game with no major shake-ups. The gameplay was most certainly good, but I don't know if a new outfit and new pipes completely justifies a whole game. Granted there were only five stages to play on, so it is very much possible that the Big N hasn't quite shown their hand. Visually this game looks great on the WiiU hardware and is quite the colorful affair.

There's still quite a bit of time between now and the Holiday release of Super Mario 3D World, but the little bit of time I got to play got me excited to play a proper 3D Mario experience. Super Mario 3D Land was certainly a good game, so I have little doubt that it's bigger WiiU brother will be great. It looks like the WiiU is finally getting some of those 'games' that people talk about. 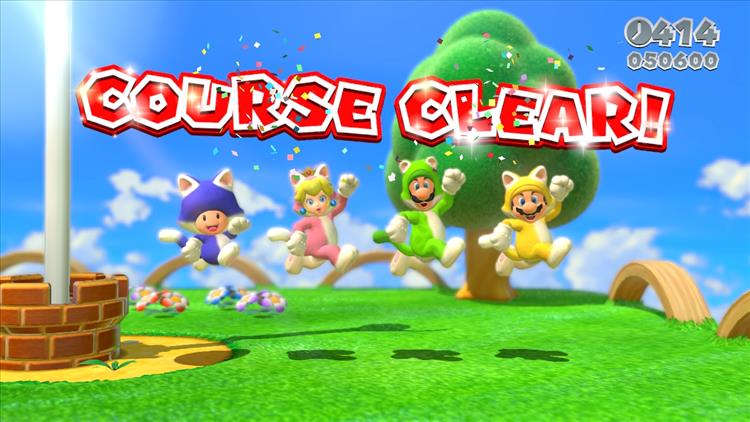