by: John - posted: 6/15/2013 9:25:00 AM
More On: E3 2013 Crimson Dragon
Crimson Dragon was on display at the Microsoft booth and I decided to check out the game just to get some experience with the new Xbox One  controller and to see how the game's coming along. Originally slated to be an Xbox 360 title, this spiritual successor to Panzer Dragoon seems to be coming along nicely.

The demo wasn't too long but showed off some of the rail shooting mechanics. You're piloting a dragon, of course, and you'll be able to aim and shoot various targets and areas on larger targets to take down the enemies. I've read the game requires a Kinect, but the demo at the booth had you aiming with a controller. I can see where Kinect would come into play better here as you can more quickly mark targets with your hand rather than a controller for your dragon to fire at. But, I know people want their controller support and Crimson Dragon has that now and is not just made for Kinect. You'll be able to go between both though if you choose to use a controller one day and the Kinect another.

Piloting the dragon was very easy, well easy for most. It seems in in the minority when controlling everything inverted and they didn't have the ability to switch to that control scheme on this build of Crimson Dragon. Fear not as that's in the works and that will be in the final version, as told to me by one of the representatives there. Without inverted controls, I spent an abnormal amount of time trying to keep control of where I want to place my dragon. But, it's simple and at least they made it so you can't crash into the ground as I tend to do when I was playing with the non-inverted style that I wasn't used to. 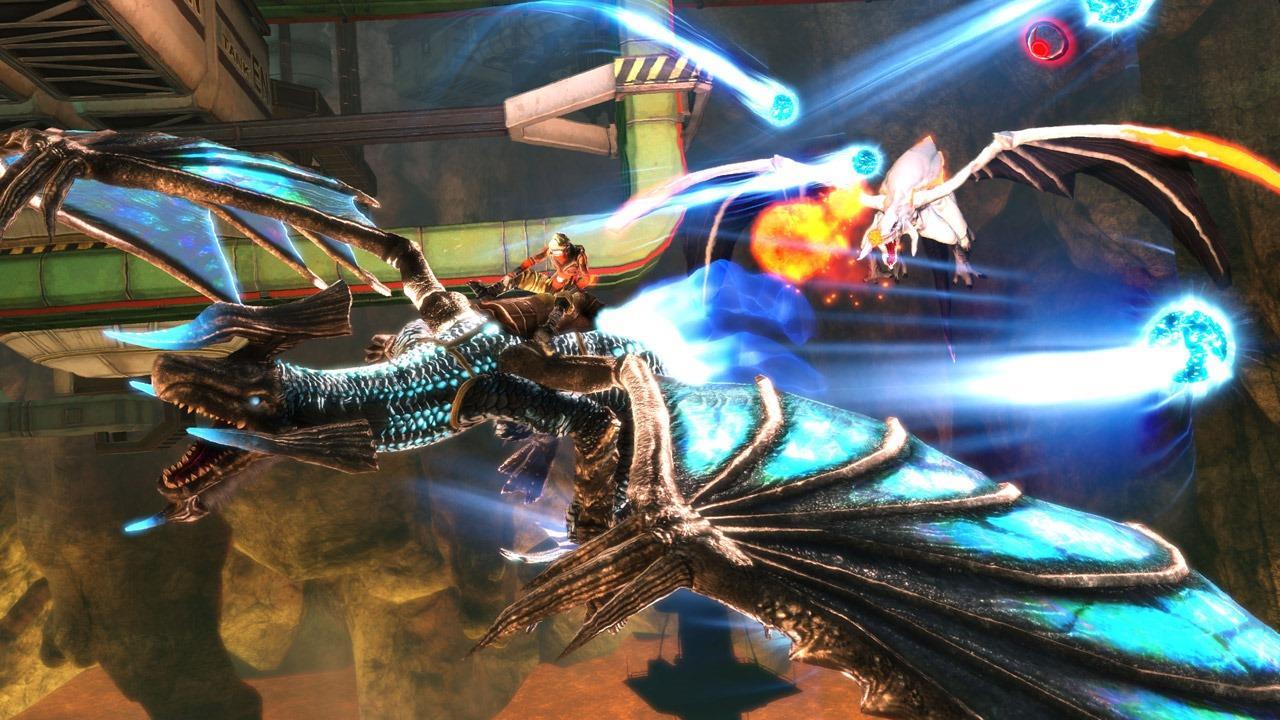 Aiming took place using a target reticule being moved by the right stick and pressing the button to attack that spot. I had no trouble picking the controller up and playing the demo from the get go, so it seems it will be easy to get into. I had fun moving my dragon around, dodging stalactites and enemies, and unleashing my dragon's attacks against them.

The demo had you flying around in these vast caverns with lava everywhere and it does look pretty cool. Being powered by the Unreal Engine, the environment looked bright and highly detailed. I'm sure with the move to the Xbox One, the development team can go forward to add much more detail than previously allowed on the Xbox 360.

You'll be able to fly multiple types of dragons and upgrade the ones you have as well. I have to say, the designs of the dragons and enemies were very intricate and unique. I stood there a few times and just marveled at the creations the artists came up with and I interested to see what else they have in store besides what was shown in the brief demo.

The game's also being built with some social aspects in mind, something that Microsoft seems to be pushing with the Xbox One. You'll be able to get up to date scores on your friends who play and in turn, try to beat them as well. I'm sure other things will be in there, but that was a brief summary that was told to me when I was playing the game.

Crimson Dragon does have that epic feeling at times when you go up against those large and immense creatures. It's a game that's been a long time in development and hopefully, it will satisfy the fans waiting for this game for a while now. It will be a download title only, but no release date was given and no word on if an Xbox 360 version will still show up.