E3 2013: Deadfall Adventures to be released on September 27th

by: Russell - posted: 6/12/2013 10:05:00 PM
More On: E3 2013 Deadfall Adventures
Nordic Games has recently announced that their upcoming FPS game Deadfall Adventures will be released on September 27th for the Xbox 360 and Windows PC.  Deadfall Adventures is an FPS experience combined with puzzle solving and exploration that will feature a single player campaign, multiplayer battle arenas, and a survival co-op mode. 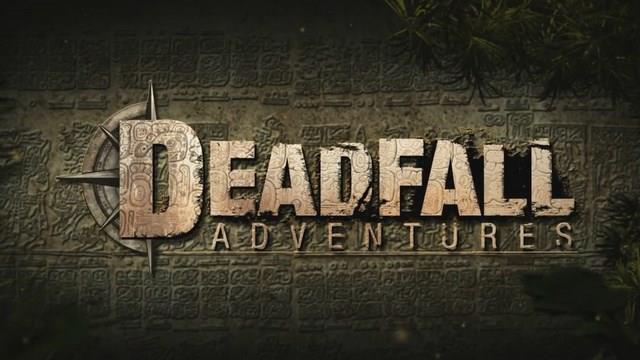 Additional Gameplay Mode Revealed for Action Adventure Blockbuster London, UK – June 12 2013: Nordic Games hereby announces that the release date for Deadfall Adventures has now been confirmed as September 27thand will be available on the Xbox 360® video game and entertainment system from Microsoft and Windows PC. The development team at The Farm 51 have been working around the clock to ensure that the game is packed full of unique gameplay. It will feature a single player campaign, multiplayer battle arenas and can now reveal it will also feature a survival cooperation mode for the most impactful, action adventure game. The first person shooter experience has been combined with puzzle solving exploration so that players can immerse themselves in the role of the adventurer Quatermain. “This is our most ambitious game to date and we’re working very closely alongside The Farm 51 to make sure that Deadfall Adventures provides players with seamless action and puzzle-solving experience,” said Reinhard Pollice at Nordic Games. “Holding back the game’s release until September is the right decision for us to ensure that the content included offers the greatest value for players, which it certainly will.” “Adding the new survival cooperation mode adds even more content to the game which is always going to be a bonus for players,” said Wojciech Pazdur Development Director at Farm 51. “The new mode will be both challenging and engaging and players will be able to jump straight into the game toget the best of the action.” In the long-forgotten temple complex, the thrill of the chase awakens the true adventurer in Quatermain, as he and Agent Goodwin strive to be one step ahead of the Nazis and the Russians, one step closer to obtaining the Heart of Atlantis. And deep in these temples, where age-old guardians awake from their eternal slumber, James soon learns that his great-grandfather's stories are not as crazy as he had always believed. For all things live forever, though at times they sleep and are forgotten. Developed using Unreal Engine 3, Deadfall Adventures is full of spectacular jaw-dropping moments, as player’s battle natural and not-so-natural enemies across stormy deserts of Egypt to the icy depths of the Arctic and all the way to the steaming jungles of Guatemala.  Assuming the role of adventurer Quatermain, players will encounter fiendish puzzles, deadly traps and stunning set pieces, making this one of the greatest adventures ever told – let alone played.

Deadfall Adventures will be released on September 27th 2013 for Windows PC and Microsoft’s Xbox 360®.