by: James - posted: 6/10/2013 11:08:00 PM
More On: PlayStation 4
Tis true. The Playstation 4 will support used games as Sony announced earlier in their conference. Trade them, lend them and "keep them forever", they said followed by tumultuous applause and a standing ovation.

President and CEO of Sony Computer Entertainment America Jack Tretton said, "When a gamer buys a PS4 disc, they have the rights to use that disc, resell it, lend it to a friend or keep it forever." He went on to add that games will not cease to work after 24 hours if an online connection is not made nor will it require you to check in online. 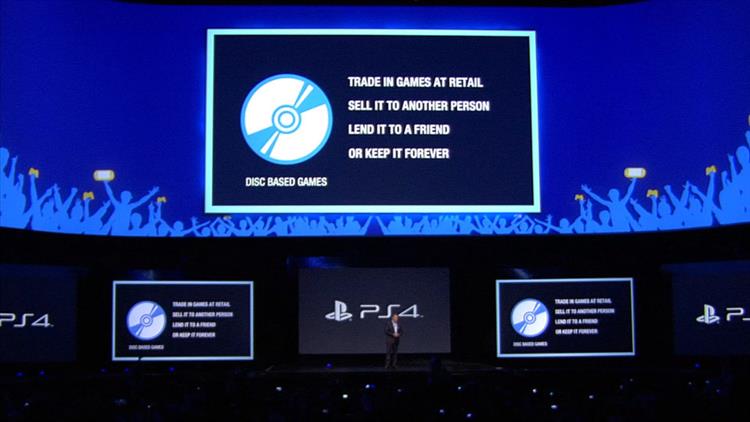