by: Jeremy - posted: 6/10/2013 2:06:00 PM
More On: E3 2013
Twitch has released some specific details regarding their new partnership with Microsoft to integrate streaming functionality into the Xbox One console.

The Twitch streaming service will be built into the console from the start and allow gamers to both broadcast their gameplay session as well as provide live commentary and extensive interaction with viewers. In order to utilize the Twitch capabilities players will need and Xbox Live Gold account. In addition to streaming broadcasts, players will also have the ability to browse and view other streams being offered on the service directly in their living room. Hopefully the Xbox One interface will give you more flexibility than the current Xbox 360 offering which only allows you to browse a select number of streams rather than having full access to everything available on the service.

The official press release regarding the partnership can be found on the next page. 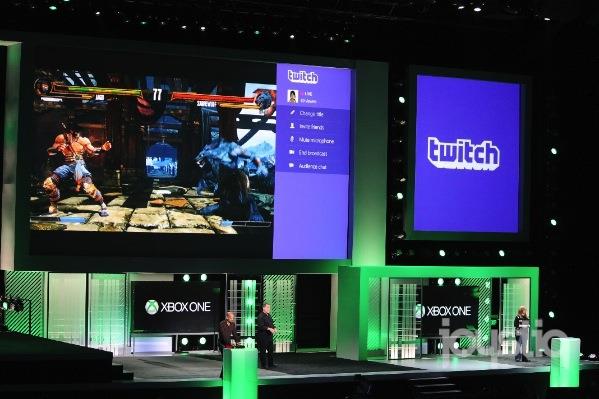 SAN FRANCISCO- June 10, 2013 - Twitch, the world’s leading video platform and community for gamers, today announced it will be coming to Xbox One, the all-in-one gaming and entertainment system from Microsoft Corp. scheduled to launch later this year. The integration of Twitch into Xbox One will enable Xbox Live Gold members to broadcast games directly to their Twitch channels, as well as view content from other streamers on the Twitch platform.

“Live broadcasting has continued to grow in popularity, but sharing your console experience has never been this easy," said Emmett Shear, Twitch CEO. “Xbox Live Gold is enabling the ability to both upload your gameplay directly to Twitch and to stream Twitch content on Xbox One. The impact of this level of console integration will be a true game changer.”

Since its launch in June 2011, Twitch has continued to evolve every aspect of its business, spanning its developer program, partnerships, ad sales, and industry presence. The result is its audience of eight million in August 2011 has quadrupled to more than 35 million unique visitors per month today. By working with Microsoft on their plans to bring a turnkey live gaming broadcast experience to Xbox One, the door will be opened to an entirely new audience, creating significant new milestones.

“Twitch is a premier destination for broadcasters and spectators. Now, with Twitch built into Xbox One, we will deliver breakthrough experiences where any gamer can become a broadcaster,” said Marc Whitten, Chief Product Officer, Interactive Entertainment Business at Microsoft. “Enabled with Kinect, Xbox Live and Twitch, your voice and video allow for instant streaming, voiceover capabilities and interaction with viewers.”

At E3, Microsoft and Twitch are also working together on other fronts. On June 11-13, Microsoft will have an array of content at Twitch’s E3 booth (South Hall, #235). There will be ten kiosks featuring an exclusive line-up of upcoming Xbox 360 titles, including Super TIME Force, Charlie Murder, and Ascend: Hand of Kul. There will also be multiple live streams every day from the show floor focusing on Xbox One games with special announcements and exclusives. The stream will be viewable and embeddable at www.twitch.tv/twitch.


About Twitch
Twitch is the world’s leading video platform and community for gamers. More than 35 million gamers gather every month on Twitch to broadcast, watch and chat about gaming. Twitch’s video platform is the backbone of both live and on-demand distribution for leading video game broadcasters including casual gamers, pro players, tournaments, leagues, developers and gaming media organizations. Twitch is leading a revolution in the gaming community, working to create a participatory experience that transcends gameplay. Learn more at http://twitch.tv.