by: James - posted: 6/8/2013 10:18:00 AM
More On: Shin Megami Tensei IV
More news from the folks at Atlus, this time regarding information on DLC for Shin Megami Tensei IV. While the custom hairstyles will permanently be free, the special armor will only be available in the first month after the game's release; the Platinum Surcoat. This thing is pretty stylin', and it also boosts your stats up in the games early stages. The DLC also includes a map pack that will also be handy in the early stages and will help gain players more experience. More DLC info will be revealed closer to the release date. Shin Megami Tensei IV is rated M for Mature and launches on July 16 only for the Nintendo 3DS. 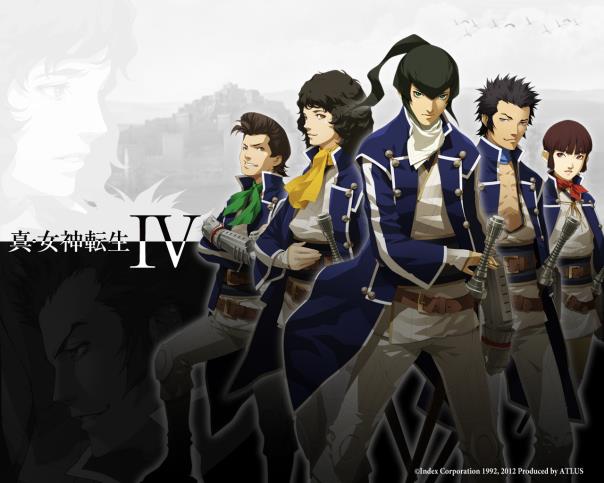 As one of the samurai protectors of the Eastern Kingdom of Mikado, the game's protagonist must battle and negotiate with demons in style, so in addition to the pre-order bonus costumes for various retailers that were revealed previously, a variety of in-game items will be available as DLC at launch:

Three custom looks will be available for the protagonist to alter his look by changing hairstyles. These DLC items will be permanently free for anyone to download.

There will also be a map pack available at launch to help players gain more experience. Suitable for the early stages of the game, the new maps will help players gain extra experience to boost their characters with enemies and a collectible demon exclusive to the DLC. The map pack will be $2 at launch.

Additional DLC items will be revealed closer to launch.

SMT IV will be playable at E3 this year! Stop by the ATLUS booth (West Hall #5010) and check out a taste of the latest continuation of the epic RPG franchise! SMT IV's lead character artist, Masayuki Doi will be signing a limited edition poster at E3 on Wednesday, June 12 from 3 p.m. to 4 p.m.

Shin Megami Tensei IV will be exclusive to the Nintendo 3DS system and sold as a premium title beginning July 16, 2013. The game is rated M for Mature by the ESRB. More details will be revealed in the future, with updates on the official SMTIV website at http://www.atlus.com/smt4.

Index Digital Media Inc.'s ATLUS brand has become known across the industry as a mark of high-quality, deeply immersive, uniquely Japanese video game experiences. With award-winning titles that reach across a variety of genres and platforms, including the Shin Megami Tensei® and Persona® series of role-playing games, the ground-breaking action-adventure/puzzle game Catherine™, and the much-celebrated RPG Demon's Souls™, ATLUS is committed to offering the highest standard in interactive entertainment experiences.


ATLUS is a brand of Index Corporation and its privately held subsidiary Index Digital Media, Inc.

For breaking news, special promotions, insider info, and more, visit http://www.atlus.com/faithful to join the ranks of the ATLUS Faithful!