by: Randy - posted: 6/7/2013 4:00:00 PM
More On: EVE Online The Last of Us
Buried behind the scenes in email threads, Gaming Nexus has been a house divided over the importance or irrelevance of Half-Life 2; the good, the bad, and the ugly of the PlayStation 4 and Xbox One reveals; and talking our E3 expectations up and down the wall. There's no calm before the E3 storm--this one in particular. Remember Me drove critics into a split decision, while The Last of Us is a contender for game of the year, and we’re not even halfway through 2013.

Russell Archey | staff writer | Twitter @neoscyther
I'm continuing my trek through Castlevania: Order of Ecclesia. I'm about halfway through (according to GameFAQs anyway) and I have mixed feelings about the glyph system. On the one hand, the concept is interesting, absorbing glyphs to learn new attacks and spells. On the other hand, the fact that even things like swords and other melee weapons come from glyphs, and that enemies have strengths and weaknesses against those melee weapons...I don't know. It's an interesting concept, but I'd have liked it better if the weapons were still physical items that could be equipped, and the strengths and weaknesses were kept to elemental weapons and attacks, not standard hammers, swords, and so on.

Sean Cahill | staff writer | Twitter @seancahill2
While I wait (see: hug myself while I rock back and forth) for the The Elder Scrolls Online beta to launch, I've been diving back into some older titles. Right now I'm enjoying a run with Muramasa: The Demon Blade on my Wii along with Final Fantasy IV: The After Years.

Nathan Carter | staff writer | Twitter @natedoggcata
I just finished day one of my 10 day stretch of work before I get a day off, so it's gonna be quick and easy games for me for the next week or so. Left 4 Dead 2 is almost always my fallback. This game just never gets old to me and the endless stream of content coming from the Steam Workshop will keep me playing until (fingers crossed that the rumor is true) Left 4 Dead 3 is released. I recently have gotten into the amazing Orcs Must Die 2 on PC as well. Man this game is so much fun and incredibly addicting. Must...get...more...skulls.

Sean Colleli | staff writer
I seriously need to head back into my Wii U backlog. Ironically, I have plenty there I need to finish--Mario Bros. U, Darksiders II, Resident Evil: Revelations...maybe even some ZombieU if I'm not a coward. Hopefully Nintendo will announce some good first- and third-party exclusives at E3, so I have a reason to keep playing the Wii U for the rest of the year.

Charles Husemann | editor-in-chief | Twitter @chusemann
This weekend is going to be all around preparing for E3 next week, so it's going to be a lot of pre-writing activities and packing for the trip. I might take a few MechWarrior Online breaks here and there, but for the most part this is going to be all about getting ready for the biggest E3 in eight years.

Randy Kalista | staff writer | Twitter @randykalista
Nearly complete, I'm wrapping up the whole tutorial enchilada in EVE Online. Exposed to dozens of in-game ecosystems and processes, I now have a foot in the door to multiple professions dealing with trade and retail, exploration and salvaging, hacking and negotiation--and a little thing called OMG laser guns pewpew. The Odyssey expansion launched this week, and its focus on exploration is relevant to my Homeric interests.

Mike Mahardy | staff writer | Twitter @mmahardy
I'll be playing The Last of Us this weekend, unless I have it done already, in which case I'll be writing my review before I jet off to LA with the Gaming Nexus team. 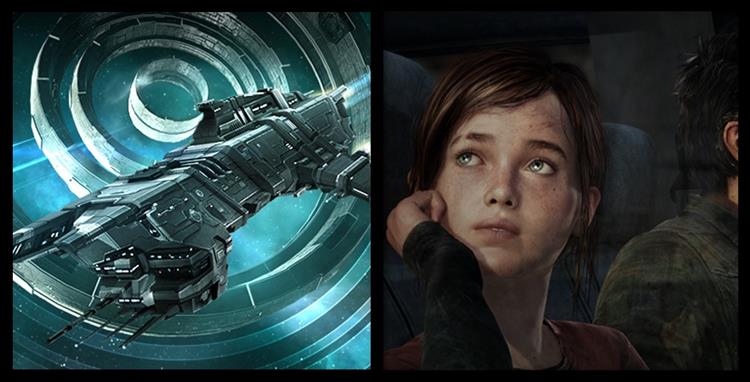