by: Nathan - posted: 6/5/2013 7:26:00 PM
More On: Guacamelee!
A patch for the amazing PS3/PS Vita game Guacamelee went live today and was supposed to bring changes to the game along with new costume DLC. Unfortunately said patch contained a bug that would prevent progress in the game. Drink Box has removed the patch but some players, especially those with automatic updates from PS+, downloaded the patch. Thankfully there is a workaround which Drink Box explains below.

Now, there was supposed to be costume DLC released today but it needs the new patch to work, so Drink Box is going to delay the release of the DLC until the new patch is ready to go.

The statement below can also be found on their official blog.

Hello,
We’ve discovered that there is a serious error in the patch that went live today. If you had a game saved after obtaining the “Pollo Power”, downloading and installing the patch will cause you to be unable to swap back into a luchador from chicken mode, essentially blocking progression.

In light of this, we have pulled the patch down, but some players are already experiencing this issue having updated their game this morning. PS+ users might have also automatically obtained this patch last night.

If you have downloaded the patch already and are experiencing this issue, PS3 players are advised to delete Guacamelee from their system and redownload it. This will give you a non-patched version of the game, and your save game should work correctly.

Vita players should perform a cloud save (via the in-game options menu), then delete and re-download Guacamelee. Vita owners can then pull their save game from the cloud to retain their progress.

Note that this issue only effects people who have a save file after obtaining “Pollo Power” in Desierto Caliente. If you start a new game, or your save file is earlier than this, you will not be affected by the issue, i.e., getting Pollo Power after applying the patch will work properly.

Unfortunately the new Costume DLC depends on this patch. We’re currently working with Sony to try to pull this content from going live in the PlayStation Store tonight.

We hope to release a fix for the patch (as well as the downloadable content) as soon as possible. Really sorry about this! 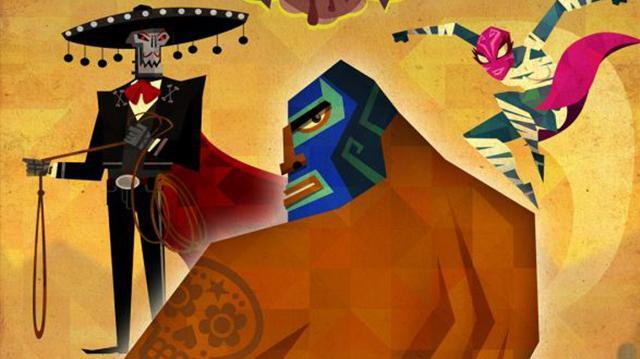