by: Randy - posted: 5/3/2013 4:00:00 PM
More On: Dragon's Dogma: Dark Arisen Far Cry 3 Blood Dragon
Beyond: Two Souls has a 2,000-page script but will only have 10 hours of gameplay. Activision's CEO is one of the highest-paid in America, while EA lopped off limbs left and right. But it's wasn’t all bad this week--Far Cry 3: Blood Dragon’s pulpy VHS shtick won hearts and minds, and critical darling Fez finally spun its way onto PC.

Russell Archey | staff writer | Twitter @neoscyther
More than likely I'll be working on my next review piece, Mario vs. Donkey Kong: Minis on the Move. It's been awhile since I've played a Mario vs. DK game, so I'm really looking forward to spending time with this one.

Sean Cahill | staff writer | Twitter @seancahill2
I'll be sitting down for some Dragon's Dogma: Dark Arisen on the 360 for the latest review piece. Outside of that, after beating BioShock Infinite in the past couple of days, I'll probably return to Tomb Raider to finally beat that and, perhaps, Far Cry 3.

Sean Colleli | staff writer
It's time to hit the indie Steam backlog, probably with some They Bleed Pixels. I might also pick up DLC Quest; my girlfriend tells me it's pretty funny. Then again, I might also get Mars: War Logs, Zeno Clash II, or of course Far Cry 3: Blood Dragon. Decisions, decisions.

Jeremy Duff | senior staff writer | Twitter @duff3c
This weekend I need to sink a bit of time into The Incredible Adventures of Van Helsing, which is shaping up to be way better than I expected. I might also have to dip my toes back into Soul Sacrifice because, well, those monsters aren't going to slay themselves.

Charles Husemann | editor-in-chief | Twitter @chusemann
This weekend will be spent working on Farm Simulator: Suburban Edition as I finally get around to cleaning up the garden areas in my backyard and start working on taming the yard. On a digital game front, I'm going to be spending time with MechWarrior Online as I continue level grinding on my next sets of mechs to elite status.  Time permitting, I'm going to try and progress a bit on BioShock Infinite and possibly even start a playthrough of Half-Life 2 as a recent HL2DM session has reignited my love of the game.

Randy Kalista | staff writer | Twitter @randykalista
My 14-day trial of EVE Online expired, so my character's early explorer/archaeology career is on ice indefinitely. They've done extensive work with the tutorials. It unlocked entire branches of gameplay too complicated to figure out on my own before. So now I need a pick-me-up. I would revisit The Walking Dead or Planescape: Torment but, ugh. Downers. Some Sacred Citadel beat 'em up action might do the trick. Jeremy and I co-op'd a bit, but it crashed as soon as we reached the first boss, some ancient, 'roided-up Treant.

Mike Mahardy | staff writer | Twitter @mmahardy
I've been getting back into nightly loot fests in Diablo III, so those will be punctuated by attempts to finally become a fighting game fan. I have a tendency to try out most new fighting games, but after trying Injustice: Gods Among Us at GDC, I think my love for the license will pull me through. 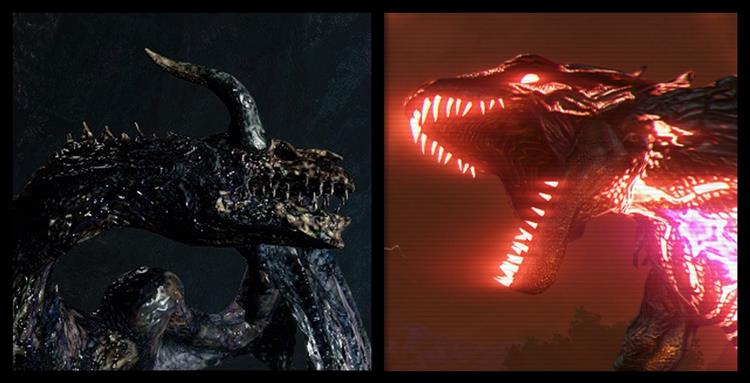