Tiny Tina's assault on Dragon Keep is the next Borderlands 2 DLC.

by: Nathan - posted: 5/2/2013 12:35:00 PM
More On: Borderlands 2
A lot of Borderlands fans have been wondering what the next downloadable story content for the game would be since being teased at PAX East. Well today Borderlands 2 writer Anthony Burch tweeted the following photo in which a poster for "Tiny Tina's assault on Dragon Keep" can be seen in the background.

The tweet was deleted shortly after but not before many people screen grabbed it and now its making its way around the net. Sure the DLC reveal could have been "accidentally" leaked but knowing the sense of humor the Borderlands dev's have when it comes to this game makes me think this was a clever way of teasing the DLC.

No date or price yet has been released but the seasons pass for the game said that all content will be out by the end of June so I would say to expect it around that time.
picture courtesy of stealthybox.com 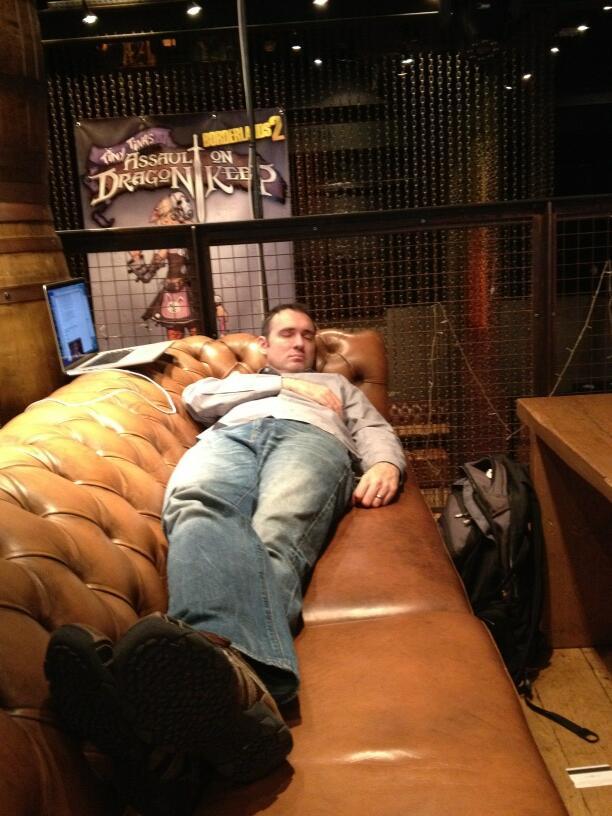