Russell Archey | staff writer | Twitter @neoscyther
Thinking of going a little 8-bit new school this weekend by trying to finish Battle Kid 2: Mountain of Torment on the NES. I did a couple live streams back around Christmas and should be towards the end of the game. I'm hoping this Saturday I can sit down and finish it up, or at least come close.

Nathan Carter | staff writer | Twitter @natedoggcata
This weekend I will be getting some more practice in with Injustice: Gods Among Us. I have a respectable record online using Green Arrow and Harley Quinn, and even though I’ve beaten the story mode I have only scratched the surface in terms of learning new characters, the STAR Labs, and beating the various battle modes in the game. I also got Dead Island: Riptide from Gamefly so I’ll be working my way through that. Finally I’ll be spending hours with Fire Pro Wrestling Returns which was added as a PS2 Classic on PSN this week. This is, in my opinion, the greatest wrestling game ever made, and it is so much fun.

Nathaniel Cohen | staff writer | Twitter @seven_hells
Now that I've destroyed Far Cry 3: Blood Dragon (so awesome, BTW, that simply writing the review made my PC beg for mercy), I have an incredible urge to go back to vanilla Far Cry 3.  Also, Dishonored: Knife of Dunwall, and hopefully I'll have some time to play Ni No Kuni: Wrath of the White Witch that's not going to be used up by PS3 firmware updates.

Sean Colleli | staff writer
It's official: I'm completely addicted to Far Cry 3. I'm kicking myself for not getting it last year when it came out, but then again this might work out in the end. Far Cry 3: Blood Dragon comes out in less than a week, it looks hilarious and amazing and I can't wait to play it, so beating its parent game so close to its release is a good primer.

Jeremy Duff | senior staff writer | Twitter @duff3c
After spending a solid week under mask and cape in the world of Injustice, I need to expand my horizons a bit this week and head into the worlds of Sacred Citadel and Soul Sacrifice. Then again, I know that the duties of superhero-dom will likely call me back to the world of Injustice at some point.

Randy Kalista | staff writer | Twitter @randykalista
The wife and kid are out of the house this weekend, which means I'm ordering #BoneIn buffalo wings from my Xbox's Pizza Hut app, setting a timer for four hours, then ordering some more. Then setting a timer for four hours. Meanwhile, John is pointing and laughing at me for downloading EVE Online again. EVE wasn't my first MMO romance, but she is definitely my one true love. Spreadsheets in spaaaace! 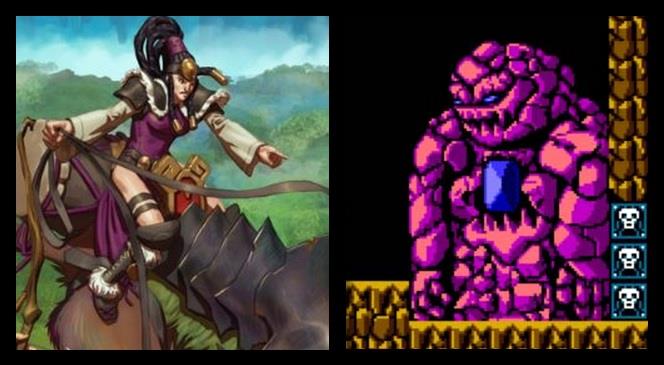