Next up for Kalypso: Demonicon and Dark

by: Mike - posted: 4/22/2013 6:02:00 PM
More On: The Dark Eye - Demonicon DARK GDC 2013
Stealth games and RPGs are a dime a dozen these days, so Kalypso Media is taking pains to ensure that their newest projects are stepping out of the shadow of both genres.

The former, Demonicon is using the Dark Eye license, essentially the D&D of UK, to flesh out its world and background lore. Beyond that, everything Kalyspo is doing is original.

The combat of Demonicon plays out like a third-person brawler, but there will be a fair amount of moral choices to be made as the main character makes his way through the dark world. As it turns out, the answers to most of these choices rest in a gray area, threatening to come back and bite you when you're just beginning to forget about them altogether.

One such choice is shown as the main character enters a cave to find his sister. The catch? A cannibal is known to inhabit the subterranean lair.

Eliminating monsters throughout the cave charges up your mana bar, which allows you to use spells. Instead of needing a cleric, knight and fighter in a large D&D-like party, the main character embodies all of these himself.

Dispatching a few "Wolf-Lizards" earns our hero experience, which can be spent on skills in several different trees that fall into classic RPG categories. One such tree is the alchemy, which streamlines potion-making than most other titles in the genre. For instance, a skill farther own the alchemy tree allows you to see random plants pop up, notifying you that you definitely have the means to create a new potion with it. This removes any need for useless gathering in every area.

Several caverns into the underground hideout, and we come upon the character's sister, complete with her cannibalistic captor. The ensuing boss fight plays out as the character uses "Ice Lance" to freeze the ogre/human cannibal, allowing him to hack at him with his trusty sword. It's a very old school fight, with a set way to defeat him, but it doesn't make it any less rewarding to use the freeze, attack and evade combination to defeat him.

One of the aforementioned "gray" choices presents itself when the boss is defeated and we decide whether to let him live or not. Show mercy and let him live, with the chance that he'll return to his dastardly ways, or finish him off for good? There are no right or wrong choices, and Demonicon is stressing the fine line between the two in their RPG, slated for an October release on PS3, Xbox 360 and PC.

Shortly after the curtains close on the Demonicon demo, we're given the chance to see Dark, the second half of Kalypso's project lineup at the moment.

If you've played Dishonored, or ever seen a James Bond film, this title will instantly seem familiar, albeit with a vampire twist. Think: stealth game with vampire powers and stealth abilities in place of gadgets.

Dark has soft edges and cel-shaded art styles, giving off a strong comic book vibe, with lots of blacks, grays and blues.

After a brief cutscene, we find the main character in a museum swarming with patrolling guards. We're here because we need the blood of a museum curator –– what with our character being a bloodsucker and all –– but it quickly becomes a blood bath.

Using blood vision, we make our way through the museum's outer grounds, dispatching enemies with another ability. The vampire leap power is reminiscent of the X-Men's Nightcrawler, as we teleport from shadow to shadow. With a later upgrade, we can even kill one of the guards at the end of the jump, and make it completely silent, if we wish.

Alternatively, we can sneak through the entire area without dispatching any guards, lending the game a Dishonored-esque choice-based approach. Instead of whee do we need to go, the question becomes: how do I feel like getting there? The tree of 16 skills will expedite the process –– and make it more fun to boot –– but an ever-increasing roster of enemies is promised to take us out of our comfort zone as we tackle each situation. 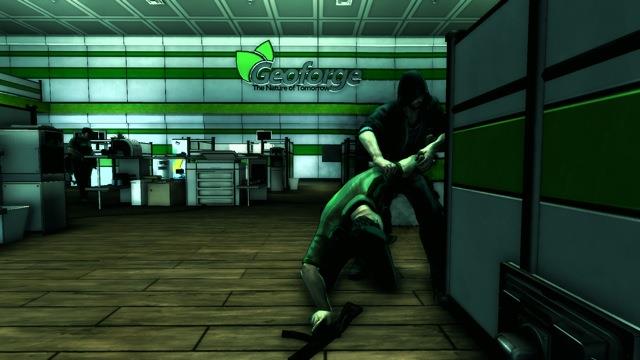