by: Jeremy - posted: 4/15/2013 9:31:00 AM
More On: Now Loading Injustice: Gods Among Us Papo & Yo Sacred Citadel Painkiller Hell & Damnation God Mode Pandora's Tower Shin Megami Tensei: Devil Summoner: Soul Hackers
This is a week that I have been waiting for since last year’s E3: Injustice is finally here! As a huge fighting game fan, I have been anxiously awaiting NetherRealm’s DC fighter and if the demo is any indication of the final product, I am going to be very happy. That isn’t the only game worth mentioning though as there are plenty others worth getting worked up about.

Our picks of the week include:

Pandora’s Tower: Although it has taken a couple of years, the action RPG Pandora’s Tower is finally making its way to the U.S. The game was originally released back in 2011 in Japan and is the finally piece of the fan-led Operation Rainfall puzzle. The game is now here certainly pushes Nintendo’s Wii to its technical limits, particularly in the visual department.

Sacred Citadel: The classic action RPG series Sacred is heading in a new direction thanks to Deep Silver as Sacred Citadel makes the universe more colorful and approachable than ever. The series is making the transition to a side-scrolling beat’em up akin to titles like Turtles in Time and Streets of Rage. Keeping in tune with the original Sacred series, the game features a variety of character classes who can all be upgraded and enhanced as you progress through the adventure. Up to four players can play together both online and off, making this an adventure meant to be played with friends.

Injustice- God’s Among Us: The marquee title amongst this week’s releases is NetherRealm Studio’s Injustice: Gods Among Us. This is a new breed of fighting game that aims to deliver the comic book experience from the world of DC comics. We’re not just talking about character variety, but large scale battles that come across more as epic set pieces rather than simple, one-on-one skirmishes. The game is full of both familiar and obscure faces from DC’s lengthy archives including Batman, Superman, Aquaman, Wonder Woman, Raven, and even Killer Frost and Ares. Featuring amazing visuals, interactive environments, and a ton of content for both gamers and comic book fans alike!

The full lineup consists of the following: 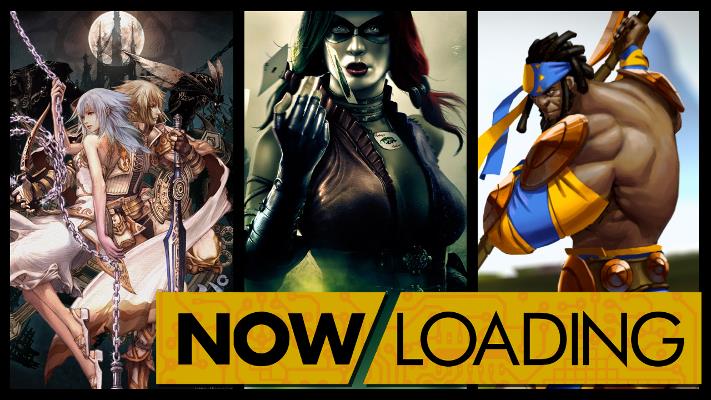