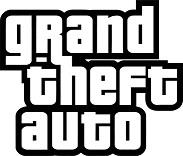 ​Grand Theft Auto IV & Episodes from Liberty City
A reflection of the diverse sounds of Liberty City, the epic in-game soundtrack of Grand Theft Auto IV and Episodes from Liberty City features 19 unique music stations with everything from modern East Coast hip-hop to Eastern European pop. These playlists also include the adrenaline-pumping additions in The Lost and Damned as well as the club anthems and rare disco classics featured in The Ballad of Gay Tony.

Grand Theft Auto: Vice City
Take it all the way back to the 80s and take the Vice City radio dial with you wherever you go - from the soul stylings of Fever 105 to the chart-toppers of Flash FM to V-Rock's headbangers and more.

Grand Theft Auto III
The first entry in the Grand Theft Auto series to mix licensed music tracks with original ones created specifically for the game, Grand Theft Auto III's soundtrack is the perfect complement to the dark and seedy underworld of Liberty City - rock out to Salvatore Leone's favorite arias from Double Cleff FM, Toni's glory daze tunes from Flashback 95.6 and more.