by: Randy - posted: 4/10/2013 3:15:00 PM
More On: EVE Online DUST 514
At this year's upcoming but sold-out EVE Fanfest 2013 in Reykjavic, Iceland, developer CCP is placing real-world scientists on stage to talk about all kinds of hard science. Space elevators, faster-than-light travel, and asteroid mining will be the heady topics du jour. The Pub Crawl with a Dev (an actual event) and Drunken Eyjafjallajokull Volcano Spelling Bee (not an actual event) will follow later in the evening.

Didn't get your ticket to the Party at the Top of the World? Watch the entire fanfest streaming live from CCP's Twitch TV channel.

EVE Online lives by the creed "Internet Spaceships are Serious Business." And CCP, developer of the internet-spaceships MMO, regularly pushes its sci-fi property into the realm of science-nonfiction. They also push the limit on how breathtaking an Excel spreadsheet can look if you tack on a couple pew-pew guns and some gas cloud nebulas. 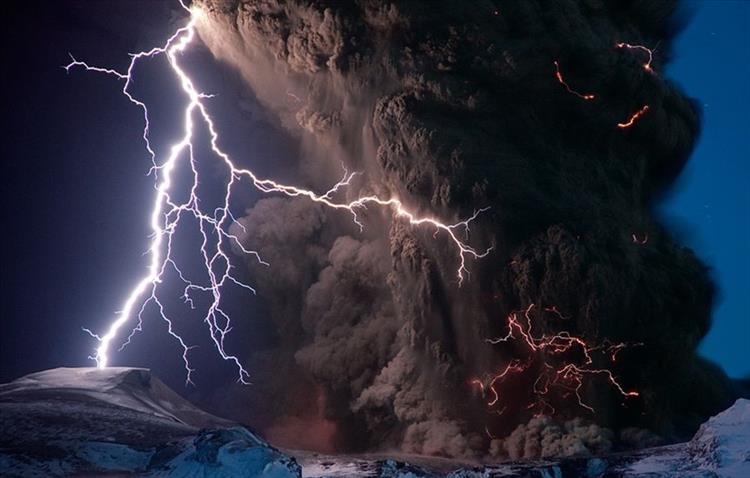 The new “Make EVE Real” speaker track is comprised of three luminary speakers and scientific pioneers who will share bold initiatives for humanity and its place among the stars, exploring areas where the tech and science behind EVE’s future universe could become a modern reality. The sessions taking place at this year’s Fanfest are:

Title: Space Elevators - Past, Present and Future
Speaker: Michael Laine, President, LiftPort Group
Summary: Take a look at the early concepts behind the Space Elevator, its history and evolution, its current status and where humanity goes from here! This multimedia conversation (it's not a lecture!) will examine social, political, technological and military implications of building "the biggest thing, ever." Both Lunar (gravity-based) and Earth (spin-based) Space Elevators will be discussed.

Title: Bringing FTL to IRL - The Quest for Warp Speed
Speaker: Dr. Richard Obousy, President and Co-Founder, Icarus Interstellar
Summary: The thought of traveling to distant star systems has captured humankind's imagination for a millennium... so what is being done to get us there? This lively discussion will delve into the challenges associated with FTL propulsion and tantalizing possibilities raised by the latest research in theoretical physics.

Title: Asteroid Mining: Our Search for Riches Enters the Final Frontier
Speaker: Chris Lewicki, President, Planetary Resources
Summary: First it was the gold rush, then we began hunting for oil and soon, we'll begin trekking across the solar system in search of new and rare resources. In this session, the Flight Director for NASA's Mars rovers "Spirit" and "Opportunity" will show us how plotting our resource expansion by rocketing across The Milky Way to mine asteroids is just around the corner. This engaging presentation will discuss the near-future of space exploration and asteroid prospecting.

For those unable to attend, CCP will be live streaming EVE Fanfest and all of the “Make EVE Real” sessions in standard definition for free on their Twitch.TV channel (www.twitch.tv/ccp) and in HD for a one-time fee of $19.95 USD or one PLEX (which can be obtained on the EVE Online in-game market). Viewers will get the latest announcements from CCP, panels, presentations, PvP tournament coverage from both EVE and DUST and the famous Party at the Top of the World amongst other unannounced events. All programming is highly produced and includes commentary and interviews from developers and players in the true EVE community spirit.

- Access to the HD stream of a series of live pre-Fanfest interviews with CCP developers. Schedule: http://www.twitch.tv/ccp

- A digital copy of the Fanfest “Quafe” t-shirt for EVE Online, which matches the shirt attendees receive

- Fifty copies of the Quafe Scout vk.0 dropsuit for DUST 514—a flashy and effective dropsuit for confident mercenaries

While the HD stream can be purchased through CCP or Twitch, only viewers purchasing the stream through CCP’s EVE Online account management system at https://secure.eveonline.com/fanfest/stream.aspx will receive the in-game promo items.

This year CCP will be celebrating the 10th anniversary of EVE Online with a “Second Decade” theme, focusing on the wealth of stories and successes of the first ten years of EVE and its year-on-year subscriber growth. CCP will also look forward to the next ten years of EVE and DUST 514 with reveals, announcements, demonstrations and parties.
More about EVE Fanfest: http://fanfest.eveonline.com