by: Jeremy - posted: 4/4/2013 10:18:00 AM
More On: Xbox Live
Major Nelson has announced that a new WWE app has launched on the Xbox Live Marketplace. This video app will allow Xbox Live Gold members to order WWE pay-per-view events directly through their Xbox 360, beginning with this weekend’s Wrestlemania XXIX.

The pricing remains on par with what most cable companies charge for the event, only you can now bypass your cable provider and stream the events directly through your system. There isn’t a lot of content available at the moment, but that could be changing in the very near future. 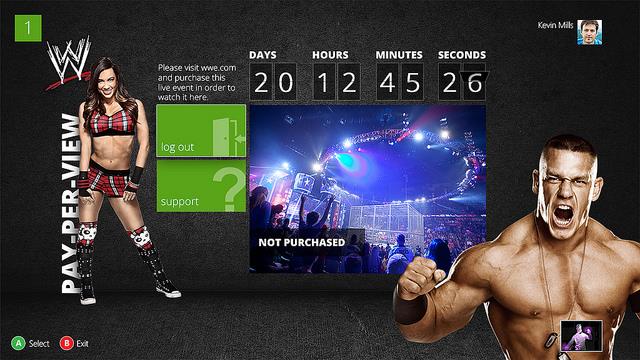