GDC 2013: Bouncing through a haunted mansion in DuckTales Remastered

Capcom announced Duck Tales Remastered at PAX last week, and a hands-on demo at GDC showcased the title’s classic mechanics with a new coat of paint.

The game is remaining largely the same, albeit with a few new features that make the platforming difficulty slightly more bearable for newcomers.

Pogo-bouncing on Scrooge’s cane used to mean a complicated affair of button presses in the original NES version of DuckTales, but Capcom is streamlining the process this time around. After jumping, all players need to do to bounce –– the most objectively useful ability for Scrooge –– is hold a button while in the air.

This sleek button relegation allows the game to shine without having to fight the controls. The classic mansion level has cramped corridors and low ceilings where bouncing is a necessity in some parts, so it’s a welcome change to the archaic controls of the original game.

In keeping with the spirit of added accessibility, a map offers more guidance to the world of DuckTales, pointing players toward boss fights when merely exploring isn’t coming to fruition. Exploring is still great, however, because every nook and cranny of DuckTa;es Remastered looks great.

Capcom’s new art style is a cross between 2D characters and cartoon-ish background environments. It’s a charming contrast that works well with the lighthearted tone of the game, but also gives the player a gorgeous world to look at.

The visual style remains true to the game’s roots, and so too does the sound. The voice actors are all the originals from the show, so Scrooge and his young duck friends alike exude a genuine feel.

The Remastered experience is a welcome new take on a classic experience, and should release this summer for the PlayStation 3, Xbox 360 and Wii U. 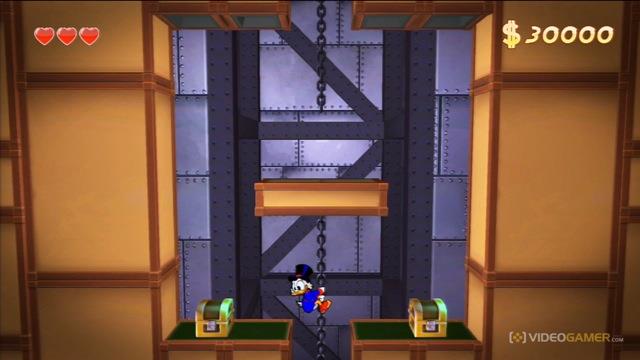