by: Jeremy - posted: 3/20/2013 11:23:00 AM
More On: Epic Mickey 2: The Power of Two
While Disney may have shut down Junction Point Studios, the legend of Epic Mickey 2 carries on! Disney Interactive has announced that the game is coming to Sony’s portable Vita later this year. While no exact date was given, the title is expected for release later this calendar year.

The Official PlayStation Blog (U.K. version) was quick to confirm the announcement and dish a few more details on the project. The Vita version of the game will include touch screen controls for painting, and a full, two-player cooperative mode, presumably online. It is really great to see a high-profile console game getting ported to Sony’s more-than-capable handheld console. Count me in for the launch whenever that happens! 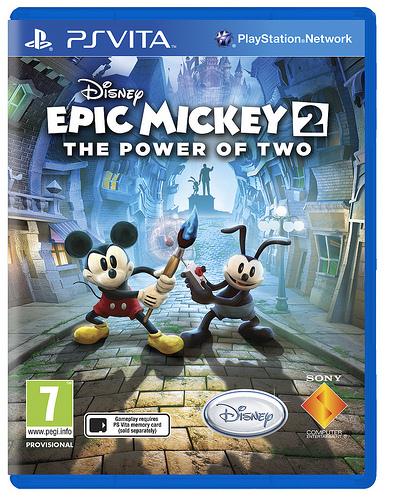