by: Jeremy - posted: 3/20/2013 9:36:00 AM
More On: Minecraft Minecraft Realms
Mojang is looking to expand the world of Minecraft event further, at least on the PC side of things. The company recently announced a new service titled Minecraft Realms which will give players of the PC version of the game their own private portion(s) of the Minecraft universe.

The service will basically allow players to rent their own Minecraft servers for a monthly fee. Paying members will be given full control over their personal servers, including who has access and the various mods and features supported in their world. The idea results from numerous inquiries the company has received from families who have been concerned with finding simple and secure places for their children to play the game online. Although the details are still being ironed out, subscribers would pay anywhere between $10-$15 a month for their “personal server space” and can allow as many friends as they want to enjoy. Only one player needs a Realms account; other players simply need a legal copy of the game and they can join any server (with permission of course).

considering how crazy the online world can be, this makes perfect sense to me. There is nothing worse than griefers and inappropriate players online, especially when you or your family is just trying to have a little clean, wholesome fun. I have run into this issue many times with my young daughter showing interest in games over the past year. If and when she gets into things like Minecraft, I won’t hesitate to provide her with something like this. 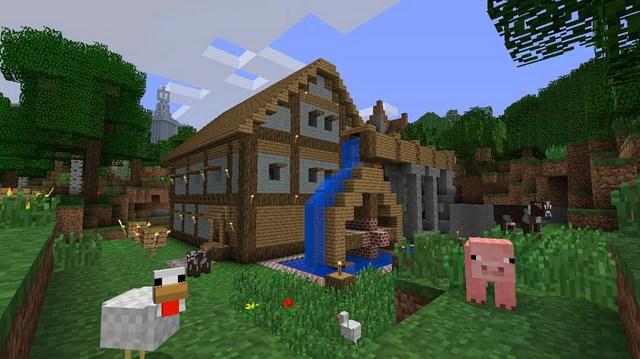